All About High Variance Video Slots

High variance slots are the bread and butter of slots players with big budgets and considerable tolerance for risk. They’re the riskiest type of online slot machines out there, and they should only be pursued by advanced players.

What is a high variance slot machine?

In a high variance slot, the wins will be much less frequent but also much larger than on most slots. To keep things from getting too boring, the developer usually peppers in more frequent wins that are very small – usually not even as big as the initial bet. But unless players are extremely lucky, it will take at least a few dozen spins to get a big win.

In a more scholarly sense, the phrase “high variance” means a number deviates from its original value very sharply over time. When it comes to a high variance aka high volatility (these terms are interchangeable), that number is the player’s budget – it starts at an original value and from there will fluctuate wildly because of the long cold streaks and sudden windfalls that the game brings with it.

An ua variance or ua volatile slot is exactly what it sounds like – a slot with an even higher degree of the variance than most high variance slots.

These games are only recommended for high rollers because they will almost certainly drain your bankroll before they provide a win unless you’re able to play a few hundred or sometimes even thousands of spins without running out of money. 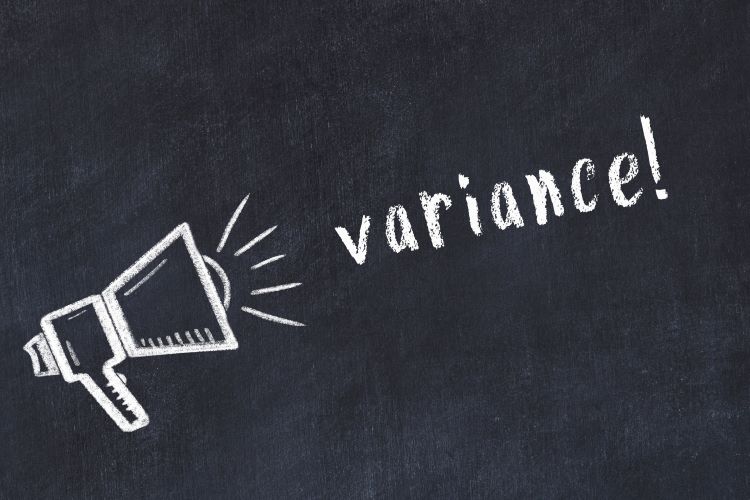 That being said, a big win in one of these games will make all the waiting worth it as they usually yield multipliers in the hundreds or even thousands. Most slot fans love the idea of being able to win big, and developers realized years ago that they can increase a slot’s popularity by increasing the max win. With that increase comes an increase in variance. This has led to some insanely high variance slots, and new ones that push the limits of “ua-high variance” are released almost weekly nowadays.

Here are a few of the highest variance slots currently around, though they will probably have been outpaced by the time you read this:

Is it better to bet on high or low variance slots?

Be careful with high variance games, especially those with low RTP.

With low variance games, a 97% RTP should theoretically yield about $9.70 when you wager $10 over multiple spins. But with high variance games, the RTP really is just an average and will not be even close to what most players actually experience. In other words, some players will probably lose a lot of money, and some players will win a lot of money. Very few will break even almost exactly, as the RTP might suggest.