Bonus games are an indispensable ingredient when it comes to providing slot players with first-rate entertainment. Without these extra packages of joy and excitement, the gameplay would become really boring, really fast.

What Is a Bonus Buy Feature?

Bonus Buy is a special slot feature that allows you to trigger game-specific bonus rounds for an upfront cash payment. The amount is unique to each game where you either pay a fixed amount or customize your “entry ticket” price. These are mainly free spin bonus rounds triggered via Scatters.

There are quite a few names for this feature: Feature Pass, Bonus Buy, Feature Buy Slot, etc. which basically all stand for the same thing – players paying to skip the base game and get right into the fun stuff. Expanding Symbols, Multipliers, Stacked Wilds, and many more exciting features are available right away without the need for the base game trigger rules.

The Origin Of Buying A Round Of ‘Free Spins’

The modernized Bonus Buy is a feature that stems from Big Time Gaming’s 2017 release of White Rabbit Megaways and its trademarked Feature Drop. Where in addition to buying free spins bonus round, players can also progressively reduce the cost of Feature Drop over time with the possibility of obtaining it for free.

Bonus Buys have sparked many controversies during their peak popularity. While exciting and extremely popular, many critics say it’s too tempting for problem gamblers and not the best way to play responsibly. Mainly for the ability to spend large amounts of cash in a short period, which could be dangerous for vulnerable players.

Meanwhile, fans often argue that chasing the bonus round often costs more than actually buying it. Making no difference in a large-scale argument.

It quickly became one of the most popular features and brought unwanted attention from government commissions that led to a ban of Buy Bonus slots within the UK in 2019. Software providers were forced to abandon this buy option but not completely. Some developers release 2 versions of the same game, one exclusively for UK players.

This release has become highly popular in the gaming community, especially among casino streamers due to its great winning potential of 50,000x the bet. The game is a definite upgrade compared to the original title. 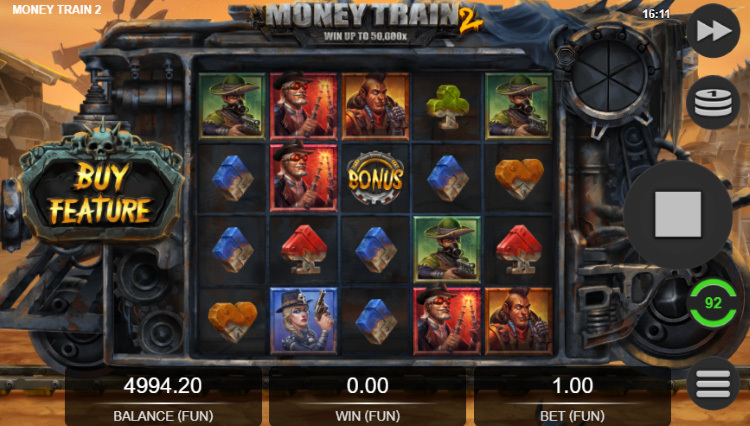 The ultimate cowboy showdown is taking place on 5 reels and 40 paylines. This high volatility slot is rich in special features, making the whole experience highly entertaining. Relax Gaming has spiced the gameplay with re-triggerable Free Spins, Win Multipliers, Collector, and many other interesting bonus extras.

If you’re more into modern, urban game design with very immersive gameplay, Hacksaw’s Chaos Crew is bringing all that to the reels. The max win possibility of 10,000x the stake is one of the game’s greatest traits. 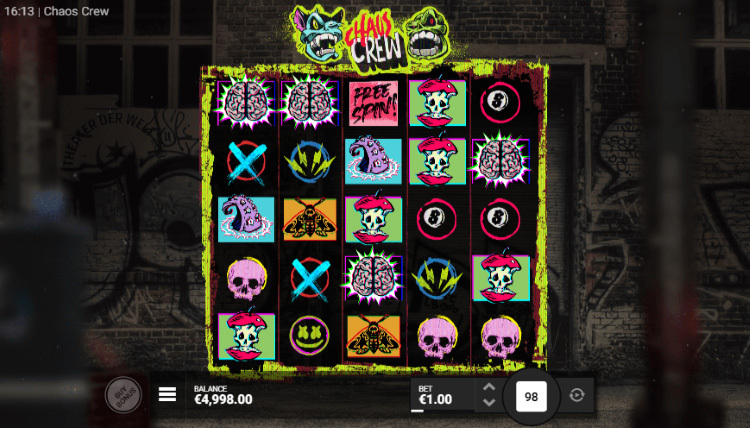 Wild in this release also behaves as a Mystery Multiplier, increasing your wins. The Free Spins bonus round starts with 3 spins which reset each time you land a win and you can see multipliers above each reel. At the end of a bonus round, players get rewarded with the cash prize.

GameArt’s Book of Alchemy is a unique approach to 5×3 slots with a literal twist! The game is flipped 90 degrees to complement its two special glass reels. These reels contain six exciting modifiers that enhance the gameplay with lively animations and crazy win bonuses. 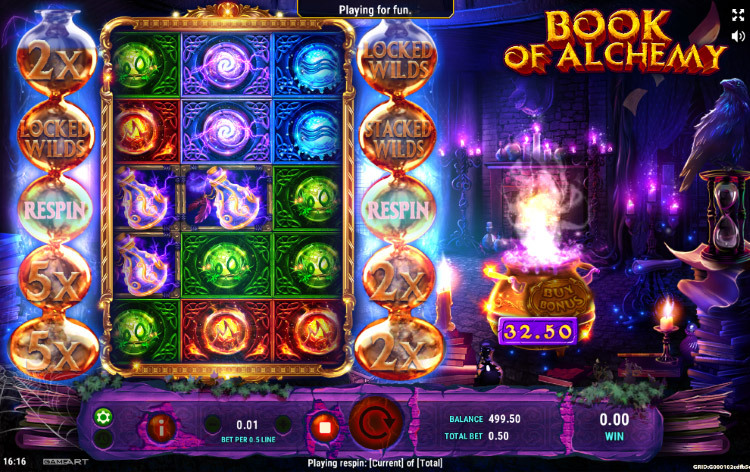 Seek forbidden knowledge with the Bonus Buy feature in form of a bubbling golden cauldron and win a potential Jackpot of 5,000x your bet. You can freely adjust your bet per line and buy the bonus for 79x your total stake. Upon entering the bonus round you will unlock fun modifiers. With so many features and a generous 96.15% RTP, every spin feels unique and distinctive making the game so much more enjoyable to play.