Das xBoot is another thrilling video slot release by renowned software provider NoLimit City. Players spinning these reels are treated to the state-of-the-art visuals and outstanding soundtrack that creates an immersive and fun gaming experience. With a whopping winning potential of 55,200x the stake, the slot can provide some breathtaking prizes. 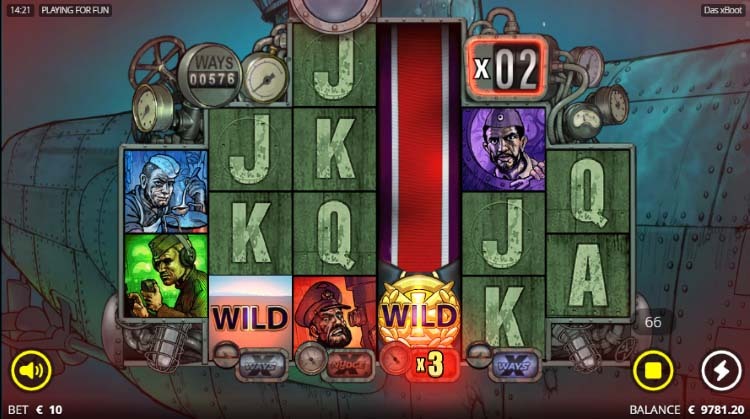 Players who decide to spin these reels get the opportunity to experience the studio’s powerful bonus features – xWays, xBomb, xMechanics, and xNudge.

Only landing on the reels 3 and 4, xNudge Wild will always move to be fully visible and what makes it an even more amazing addition to the gameplay is the fact that every nudge increases the Win Multiplier by 1. The xWays symbols appear only on reels 2 and 5, revealing a random regular symbol that can range in size between 2-3 positions.

When xBomb Wild explodes, all symbols that are not a part of a winning combo are removed from the reels (except Bonus and other Wild symbols) and replaced by new ones. The xBomb increases the win multiplier by 1 before the collapse.

The game also comes with 2 sets of Free Spins – Silent Hunter and Wolf Pack Spins. To trigger the 8 Silent Hunter Free Spins, a player has to land 3 Bonus symbols aka Sonar Radar symbols while 4 Scatters are required for 8 Wolf Pack Free Spins. 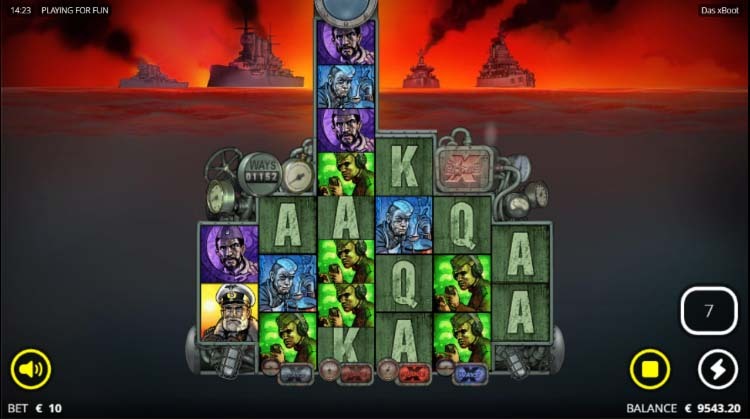 The grid layout changes in the Silent Hunter Spins with 3rd reel rising to the height of 8 positions where a new Periscope Wild can land. If it lands with the regular matching symbols on reels 1 and 2, a Torpedo Launch Sequence is triggered. This is great-looking animation that can end in two ways – torpedo hitting the target or missing it. The first option brings expanding Periscope Wild that covers the entire reels and each nudge it makes will increase the multiplier by 1. And if the target is missed, the Periscope Wild is treated as a single Wild.

When the Wold Pack Free Spins are triggered, a torpedo tube appears under the reels 2, 3, 4, and 5, and those reels are where the new Torpedo Wilds can land. To fill the torpedo tube, a player needs to land at least 1 Torpedo Wild on each of these reels. Also, these bring the xWays symbol each time they are collected.

Once all torpedo parts are filled, the torpedo launch sequence starts, and xWays symbols are revealed. For every torpedo launch that happens, a Sticky Win Multiplier is awarded and increased by 1 for the remaining number of spins. The same thing happens when the xBomb symbol lands on the reels.

With bombastic bonus features and dynamic gaming sessions, this release again proves that NoLimit City is one of the best providers in the iGaming market. Players who like spinning reels on the studio’s releases such as Mental and xWays Hoarder will enjoy what this game has to offer. The unique theme and great variety of interesting extras are promising highly entertaining gaming sessions.