Charlie Chance goes on a new slot adventure in the latest Play’n Go release. After an eventful trip to Hell and face off with Devil in 2020 title, this time Charlie Chance has woken up the legendary Egyptian queen Cleopatra while searching for pharaohs treasure in an old forgotten tomb. The ancient curse has been unleashed and the game’s main protagonist has to beat it to get the ultimate reward.

Just like in the previous title, game designers implemented stunning and entertaining visuals. The Egyptian theme is far from unique on the video slots scene but this kinda comedic and cartoonish take makes it stand out. 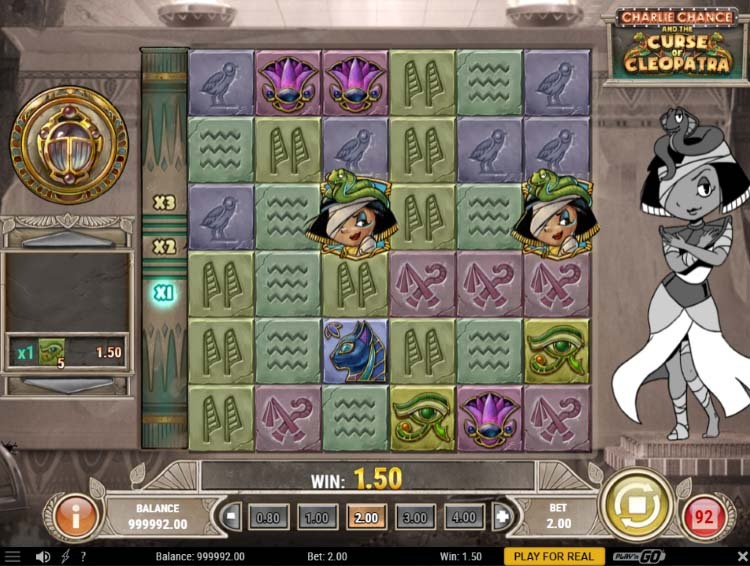 The game takes place on a 6×6 grid and instead of paylines, the studio has implemented cluster pays mechanics. At least 5 matching symbols need to land adjacent to each other for a winning combo to be created. Rated as a medium volatility slot, the release comes with a hefty max win potential of 5,500x the stake, cascading reels, and a whole plethora of bonus features.

During both base and bonus games, the win multiplier is active. It starts at 1x and for every 3rd winning cascade, it increases by +1. In the base game, the maximum this multiplier can reach is 3x while it’s much higher in the bonus round. The Flying Scarab Wilds feature can be triggered on any spin completely randomly and it brings 5-8 Scarab Wilds on the grid. 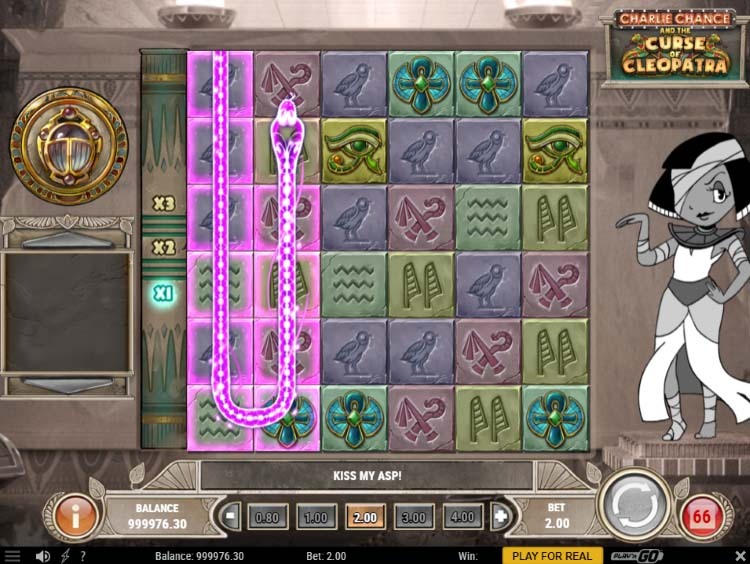 Serpent’s Trail feature is also triggered randomly but only on a non-winning spin. When this happens, the snake appears on the grid and brings a chain of symbols that can either explode and disappear from the reels or transform into matching symbols.

Players also get to experience the Cleo’s Columns modifier with 2 randomly chosen reels filled with matching symbols. During this feature, the Charlie Mega symbol appears and locks into position for as long as the cascade lasts and behaves as a Wild. 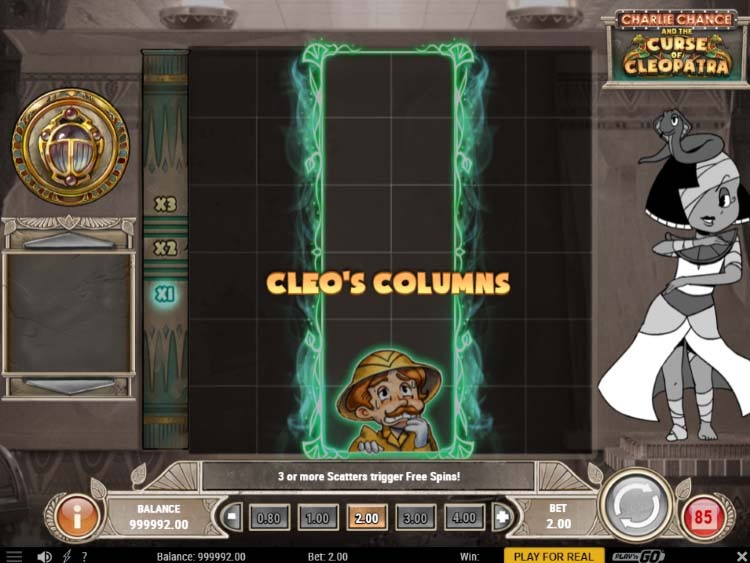 To trigger 8 Free Spins, a player needs to land 3 Scatters while any additional Scatter adds 4 more spins. The win multiplier is carried over from the base game, it doesn’t reset between spins and can go as high as 10x. Adding more spice to the bonus game, the studio decided to include Cleo’s Columns feature on each free spin.

If you enjoyed the first Charlie Chance game, you’re definitely going to love The Curse of Cleopatra as well. Maybe even more! It’s definitely a more elaborate game than the prequel and it’s a perfect choice for those players who are looking for more dynamic and feature-filled gameplay.