The new round of Euro 2020 group matches is taking place on Thursday and the best European national football teams continue to compete for points that will lead them to the knock-out stage of the championship. On June 17, 2021, fans have the opportunity to watch 3 matches – Ukraine VS North Macedonia, Denmark VS Belgium, and Netherlands VS Austria.

Let’s see what can be expected from these teams based on their performance so far.

The first match of the day is being played in Romania at Arena Nationala at 15:00 CET between Ukraine and North Macedonia. No one thought that team from a small Balkan country even has a chance to qualify for the UEFA European Football Championship but here they are and it was well-deserved. North Macedonians showed in their match against Austria that they can hold their own (even though they lost) and that they should not be dismissed lightly.

Ukrainians have also started their Euro 2020 journey with a loss against the Netherlands. They were able to catch up with the opponent at 2:2 but Denzel Dumfries’ late goal destroyed any chance for a draw. Ukraine has played North Macedonia 4 times so far and managed to land 2 victories while North Macedonia managed only one.

By all accounts, this should be an interesting match. Although North Macedonias will surely do everything in their power to come out at least with a draw, the Ukrainian team is better on paper and therefore favored by bookies with 1.77 odds on both Gamdom and Stake.

After Romania, the Euro 2020 is going to Parken Stadium in Copenhagen for a meeting between Denmark and Belgium at 18:00 CET. Belgium started the competition strongly by easily brushing Russia aside while Denmark had an extremely difficult start, with Christian Erkinsen having a cardiac arrest and afterwords losing 1:0 to Finland. 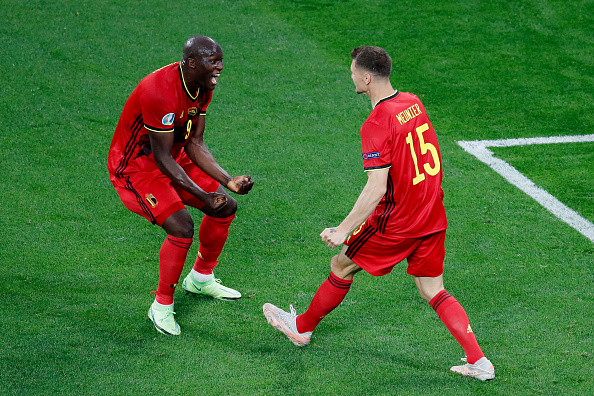 Facing Red Devils, the best team in the world as ranked by FIFA and one of the top 3 contenders for the Euro 2020 trophy, Denmark’s winning chances are pretty slim, to say the least. Belgium has some of the most talented players in the world so it comes as no surprise that their odds of winning on all available sportsbooks are rather strong.

The game between Netherlands and Austria kicks off at 21:00 CET. Both teams were able to earn points in their first matches of the championship, the Netherlands defeating Ukraine 3:2 and Austria finishing the match with North Macedonia as a winner. The Dutch team has an amazing attack but their structure is not the most stable when it comes to defense. Still, they have also won every one of their last 6 games against Austria and although they are not perfect, they can certainly be a mean opponent on the field. That’s why they are seen as the most probable winner of this match with odds of 1.59 on Gamdom at the moment while Austria holds 6.03.