Slot machines go by a lot of funny names in different parts of the English-speaking world. The names range from cute terms like “puggies” to downright puzzling phrases like “liberty bells.” Each name has some fascinating historical significance, and here are a few of the best stories behind them.

Back in the early days of slot machines, the machines did not pay out cash like today. Instead, wins would reward the player with chewing gum. To spice things up, though, wins would result in different flavors of gum based on the symbols being spun. That’s the reason fruit symbols were found on the reels of the earliest machines – to symbolize chewing gum flavors.

Even after gum-dispensing slots were long gone, the symbolism stuck. Some of the most popular slots today, even in online casinos, have fruit symbols.

Before video slots, mechanical slot machines had a big lever on one side players would use to initiate a spin. Hence, “one-armed” but the “bandit” part of the name came from the fact that machines would frequently “rob” someone of all of their money.

Back when slot machines were newer, people had less of an understanding of the concept of RTP and they didn’t realize that the house always wins in the long run. Because of that, they would keep going and going on a slot machine until their wallet had run completely dry.

In the 1880s, poker was extremely popular in America. A slot machine company called Sittman and Pitt made a machine based on the card game where the player spun a five-card hand and won or lost based on its poker viability. 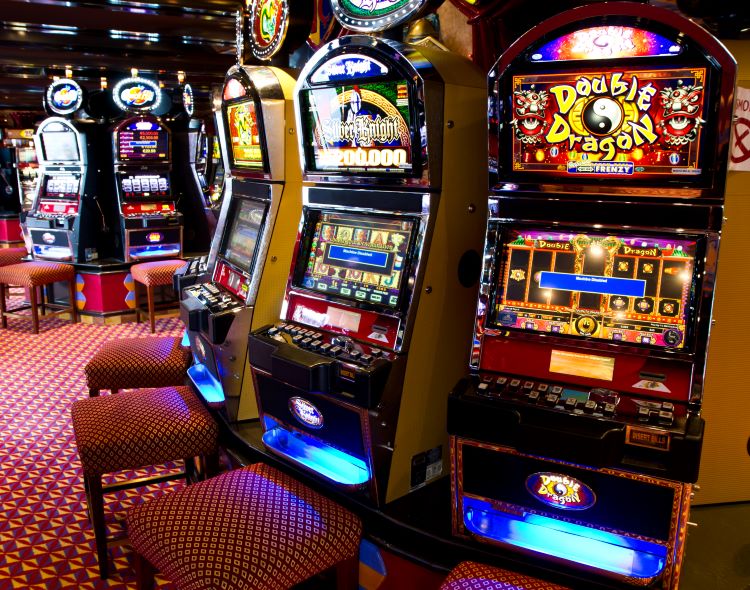 The machines were a big hit, and people began actually referring to slots as “poker machines.” Eventually, the term was shortened to the cuter and easier-to-say “pokies.”

Back in the day, “puggie” was Scottish slang for “monkey.” When organ grinders who performed on the street alongside dancing monkeys became popular in Scotland, people began to call the machine a “puggie” instead of the monkey. Since the organ grinder usually kept his money in a pouch on the machine, “puggie” became a term for somewhere a lot of money is kept. Eventually, “puggie” came to refer to a gambling pot, and from there it became a slang word for a slot machine.

It may be a convoluted origin story, but the term is too adorable-sounding not to be included on this list.

Liberty Bell was the name of the first money-dispensing slot machine created in 1894 by a car mechanic in San Francisco. It skyrocketed to the forefront of pop culture within years of its release, and “Liberty Bell” became a household name. Nowadays, gamblers still use the term to refer to any slot, even video slot machines.

“Fixed Odds Betting Terminal,” or FOBT for short, is a politically correct British term for slot machines. European cultures have a long and torrid history with gambling, and it is still looked at by many higher-ups as somewhat illicit activity. Because of that fact, some British people think “FOBT” sounds classier than simply saying “slot machine.”

Why are slot machines called that in the first place? The answer is that a “slot machine” is technically used to refer to any machine with a slot to insert coins.

In fact, vending machines used to be referred to as “slot machines” as well. When the money-dispensing gambling machines became a staple of casinos and saloons all around the world, though, the term was redesignated to only refer to them.

Nowadays, slot players have lots of fun names to choose from. Take your pick!