Nearly every iGamer has at least one NetEnt slot on their list of favorites. And quite rightly so. The online casino games the studio produces are smooth, creative, and incredibly fun. In their extensive 200+ collection of games, these hold the title of the 5 most popular ones.

NetEnt’s Starburst is to the gambling industry what Monopoly is to board games, or what a jab is to boxing. It is a timeless defining classic that has been getting increasingly more popular ever since its release back in 2012. The game’s idea is to keep things simple, make every feature count, and focus on the fundamentals.

The game’s main characteristics are its nostalgic arcade-like theme, sparkly jewels, wild symbols, and low volatility gameplay. The low variance is what makes the whole game feel so rewarding. Starburst pays out in small but frequent doses with a good potential of winning big, making the gameplay feel progressively more fun as each hour passes.

Despite not being one of the more flashy and feature-rich slots, Starburst comes with expanding wilds that easily counterbalance the lack of a bonus game. These wilds can appear on any of the middle three reels, and once they do, they expand to cover the entire reel for 3 re-spins.

So overall the game is simply just a crowd-pleaser that would fit even the greenest beginner. In addition, it consistently ranks in the top 10 on all of the top-rated online casino sites. After almost 10 years, NetEnt released in 2021 a sequel to this legendary video slot – Starburst XXXtreme.

Twin Spins is a classic throwback to Las Vegas-style fruit machines that we’re all familiar with. This game is yet another example of traditional simplicity done right. You’ll find all the iconic and traditional slot machines symbols such as cherries, bells, lucky 7s, and bars.

However, it wouldn’t be a NetEnt video slot without some added zing. Besides the phenomenal graphics and smooth gameplay, the studio also added its own twist – a dedicated Twin Reel. This feature locks together two adjacent reels on each spin and fills them with matching symbols.

These reels can moreover expand and cover up to all 5 reels making for some undeniably memorable moments. Besides the Twin Reel feature, you’ll also get wild symbols and 243 paylines that will make your gambling sessions even more action-packed.

While Starburst might hold the title of NetEnt’s most popular slot, Gonzo’s Quest is definitely the most iconic. One can only describe the game as NetEnt’s playful sandbox as it was the first big project to showcase the studio’s creative ability. 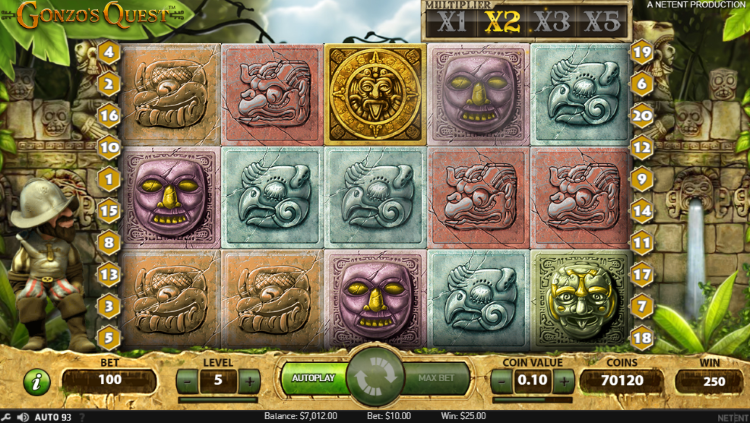 Released in 2011 the innovative title was NetEnt’s very first mobile-friendly game and also the very first slot game to introduce the now renowned avalanche/cascading reels to the online gaming industry. In which, spinning reels are replaced with falling symbols that replace successfully executed paylines, similarly to Tetris.

In spite of being the first of its kind, no cascading slot has quite surpassed Gonzo’s Quests since then, and the game is still viewed as one of the best on the iGaming market. The gameplay itself is nothing short of extraordinary as the game transports you into the famous El Dorado.

The legendary golden city features a number of fulfilling features such as free spins, wilds, and the crowd’s favorite multipliers, which can climb up to 15x your stake. You can moreover try different flavors of the game including its megaways version or even VR (virtual reality).

Sequels sometimes get a bad rep in the world of slot gaming. However, that definitely isn’t the case with Dead or Alive 2. 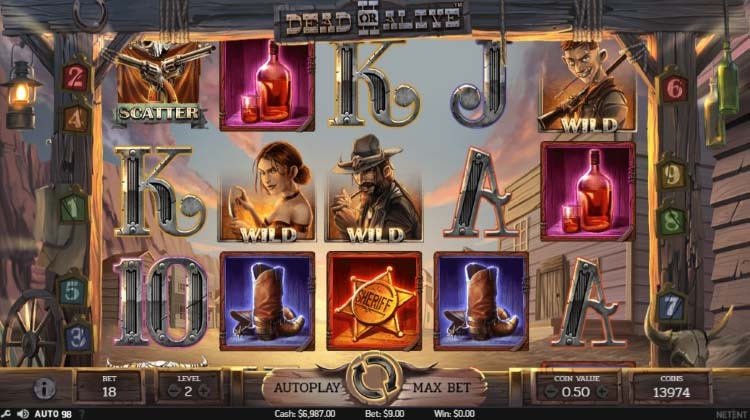 Despite its predecessor already being a solid game qualified to be in the list of best NetEnt slots, Dead or Alive 2 simply improves upon its foundation without sacrificing its charm. The game is meant for true slot gambling connoisseurs that have a refined taste. The harsh conditions of the wild west aren’t for the faint-hearted after all.

With Dead or Alive 2, NetEnt has decided to stay true to its core and focus around the bonus round but in addition, add two completely new unique ones. These added bonus rounds are optional so even a true purist could benefit from the sequel. This kind of approach from NetEnt is extremely considerate and what makes them arguably the best online casino provider.

Narcos is one of the few exceptions where a branded slot benefits the player just as much as the developer. This is because usually, online slot games providers have to sacrifice a considerable chunk of RTP to make up for licensing fees of high-profile brands. However, in the case of the TV show-inspired slot game Narcos, you can have your cake and eat it too. 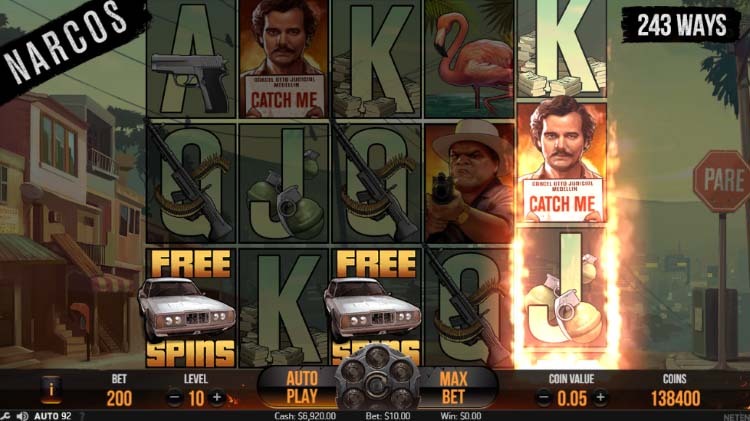 The game maintains a high RTP of 96.23% and introduces robust features that put you in the skin of a criminal. In order to win money, you’ll need to participate in organized crimes such as drug deals, drive-bys, and even work closely with Pablo Escobar himself.

While the game was originally aimed at Netflix’s Tv show fans, the attention to detail and the GTA-inspired art style elevated the game into an instant classic and quickly became one of the most popular online slots. This game offers decent payouts in a medium volatility setting, with the potential to win 1,506x your bet. Furthermore, the game has countless other features such as multipliers, upgrading symbols, and two different bonus features.

NetEnt has been active on the iGaming scene since 1996 so it is considered as one of the industry pioneers. Originally from Sweden, this online gambling giant has become part of the Evolution Gaming family in December 2020.

Many players think of NetEnt as the very best slots provider in the industry. This is because NetEnt slot machine games currently hold the highest payout percentage and the gambling community always appreciates better winning chances. The studio has also produced some of the most popular progressive jackpot slots such as Arabian Nights and Mega Fortune.

In addition, NetEnt games are recognized and awarded by some of the world’s best gambling organizations. The Swedish-based company produces dozens of premium slots every year including remakes, sequels, and completely new innovative ideas.