With its new Remember Gulag slot. Nolimit City has once again moved the boundaries of online casino gaming. Revolving around a harsh subject enriched with numerous special features, this game also comes with a huge winning potential of up to 30,000x.

Players have already used to Nolimit City’s provocative and edgy approach to slot making, but this one relates to a theme never seen before. After the underground adventures in Misery Mining, the developer decided to revisit a historical chapter in Soviet Union history. 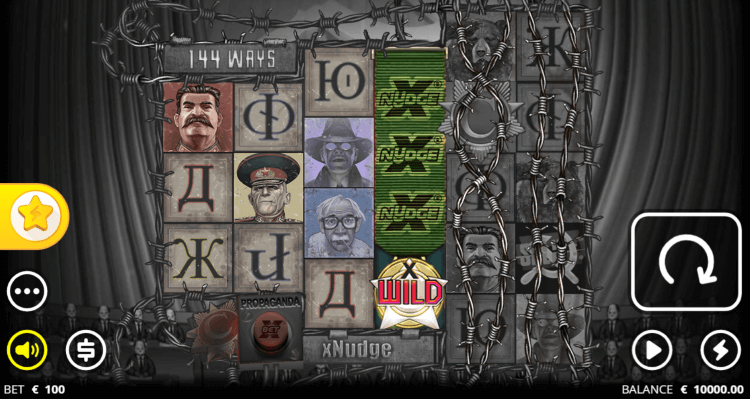 Remember Gulag welcomes punters with paraphrased quote by philosopher George Santayana: “Those that fail to learn from history are doomed to repeat it”. Aside from some muted color seen on symbols, the screen is largely monochrome, as the visuals are complementing the grim theme completely.

Barbed wire surrounds the 6-reel grid, although the reels 5 and 6 are locked in the base game. When all reels are open, there are up to 614,656 ways to win, while the volatility is extremely high throughout the entire gameplay.

The betting range starts from €0.20, but you can always engage the Propaganda Bet. This option increases the cost of the bet per spin by 20%, in return guaranteeing a Scatter on reel 2, thereby unlocking reel 5.

A banquet of features is present in this intriguing slot, including the provider’s well-known xWays, xNudge Wilds, and xSplit Wilds. In addition, there are three free spins modes plus a special Nolimit City bonus. The appearance of one Scatter unlocks reel 5, while an additional Scatter unlocks reel 6.

Three, four or five Scatters landing together on reels activate Gulag Spins, Gulag Spins: All Aboard, or Gulag Spins: Double Vodka respectively. No matter what mode triggers, it is played on a new grid with a 5-5-4-4-3-3 setup where all reels are unlocked, opening the winning ways up to 614,656. 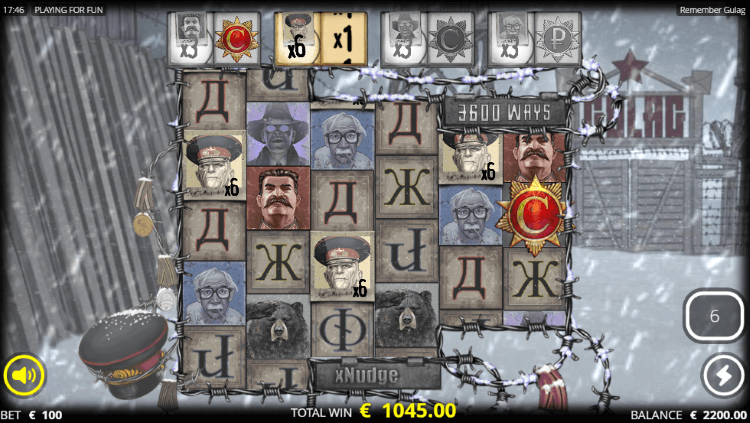 To make things even better, a reel along the top of the grid can randomly increase the value of the multipliers attached to active premium symbols:

Nolimit Bonus offers four bonus buy options. Each comes at a different cost ranging from 78x to 486x the base bet and the different RTP. Here you can purchase any of the three free spins bonuses or a Lucky Draw that randomly chooses and activates one of them. 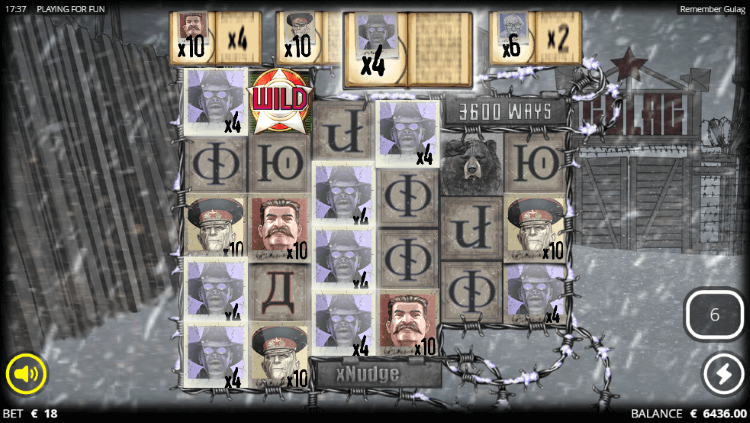 This game starts heavy and gets even heavier the deeper you go. Feature-wise, the bonus rounds will be familiar to the provider’s fans as they are some of Nolimit City’s most popular mechanics, used in many of its hit titles.

However, Remember Gulag features the theme like no other slot has ever had, making it a gem of innovation that certainly pushes the line in the iGaming world. Nolimit City has once again shown the full range of its production, by creating completely unique game.