Embark on a wonderful and rewarding journey through the clouds in the Pragmatic Play’s latest slot release – Starlight Princess. The studio’s first anime-themed game is coming with hefty multipliers and a generous batch of free spins that will appeal to all slot-loving fans out there.

Players have at their disposal a 6-reel grid with the Pay Anywhere system meaning you need to make a cluster of 8 or more matching symbols to create a winning combo. Also, they get to enjoy Tumble mechanics (aka Cascading mechanics) where winning symbols are removed and replaced by new ones. This special feature is among the most popular ones on the iGaming scene as it increases the player’s chances of landing some stunning wins.

This sky travel to the princess’ castle is enriched with multipliers that can significantly boost the player’s balance. The multipliers start with the 2x value but can go as high as 500x. During the base game, they are active for the duration of the winning spin but the bonus round brings more excitement – multipliers are collected and added to the progressive multiplier. 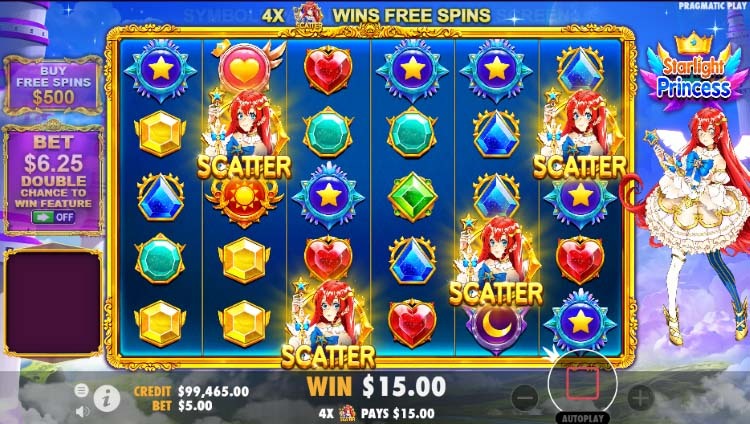 To trigger Free Spins, players need to land at least 4 Scatters. When this happens, they get rewarded with 15 Free Spins. The game also comes with an Ante Bet option meaning players can double their chances of triggering the bonus round for a 25% raised bet.

“Heading in a new direction with an anime-inspired theme, we’ve brought our celebrated mechanics into unchartered territory in a bid to appeal to our global spread of players. With alluring gameplay, elegantly mapped set of reels, and a ‘Pay Anywhere’ mechanic that adds a whole new dynamic to the game, we’re positive that our new release will resonate strongly with our players.”

If after reading this game review, the Starlight Princess slot sounds familiar it’s because it’s a bit more polished version of Gates of Olympus. One of the Pragmatic Play’s most popular releases ever, Gates of Olympus has been the slots fans favorite since it landed on the online gambling scene back in February 2021. Responsible for some of the casino streamers’ biggest wins, it comes as no surprise the studio decided to do some sort of a remake of this Ancient Greece-themed game. 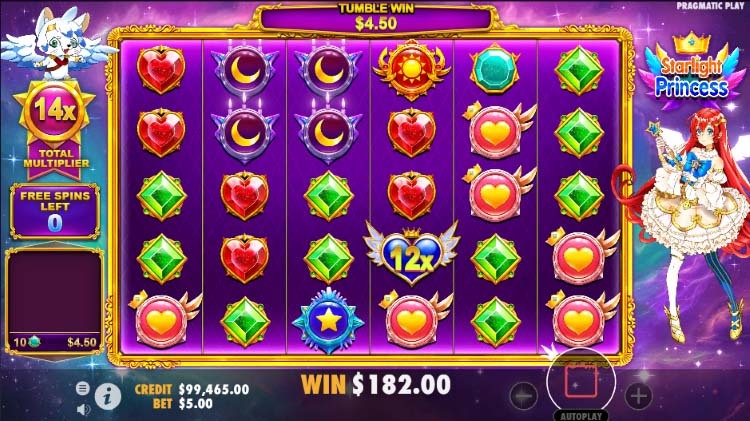 However, although there are quite a few similarities between these two releases, the software provider ensured Starlight Princess has something new to offer to players. Being the first anime-themed slot in the Pragmatic Play gaming pantheon is one of the characteristics that makes it stand out. Also, the release features slicker graphics and more vibrant colors, making the playing experience more immersive and entertaining.

Players who decide to spin these wonderful and highly volatile reels, get the chance to win up to 5,000x the stake. Gaming sessions are very dynamic and a perfect match for a modern video slot player who enjoys action-packed slot-spinning adventures.