A leading slot supplier, Yggdrasil, has unveiled its latest summer hit and it is a blast from outer space called Suncatcher GigaBlox™. The provider’s fourth release with GEM mechanics is a retro-looking game with simpler gameplay compared to its predecessors due to the lack of bonus rounds.

However, that doesn’t mean that Suncatcher isn’t fun and highly engaging game. Quite the contrary, thanks to the GigaBlox system, Wild Respins and Golden Bet option. Add to that a winning potential of up to 1,430x the bet, and this slot becomes more and more appealing. 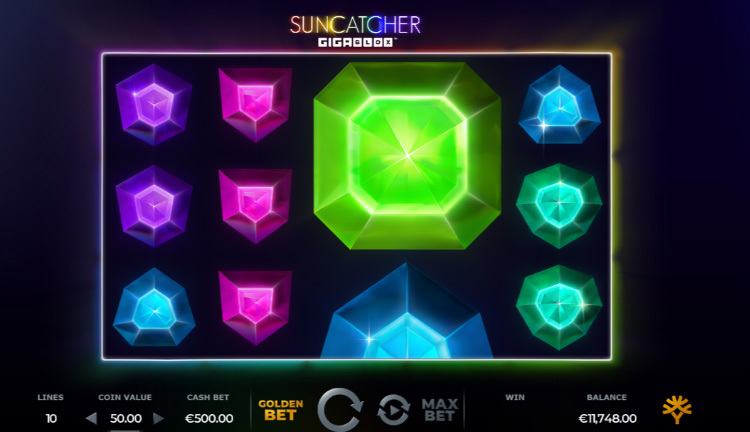 Stuart McCarthy, Head of Product and Programs at Yggdrasil, commented about the latest addition to its portfolio:

“We’ve worked extremely hard to incorporate our GigaBlox™ mechanic into products that appeal to all fans and we’re very pleased to launch Suncatcher GigaBlox™. A low-volatility game for players who enjoy smooth gameplay, it’s an immersive journey through the stars in search of huge wilds and even bigger symbols.

“Our GEM offering has been extremely popular since the launch and as well as additional proprietary titles, we are excited to see the introduction of YG Masters titles featuring our mechanics later this year.”

The provider’s trademarked GigaBlox mechanic is a key feature of the Suncatcher slot. As the name says, it is based on giant symbols – on every spin, a random number of reels will connect to form Colossal Gigablox.

Like its famous forebear, the game incorporates a pay-both-ways system on the 5×3 grid, with 10 fixed paylines. Volatility ranges from low to medium, while the RTP is set at excatly of 96%.

Players can also expect a Wild Respins feature, with Diamond Wilds expanding to fill an entire reel and awarding a respin at the same time. During the respin, all Wilds become sticky. If all 15 reel spots are filled with Wilds, an additional win of 500x a stake is awarded on top of their regular winnings instead of a respin.

But that’s not all! Yggdrasil’s latest release also offers the Golden Bet, similar to the Bonus Buy option. When activated, this feature gives players 3x higher chances to land Wilds in the base spin at a cost of double the bet.

Suncatcher GigaBlox™ is the fourth title in the provider’s portfolio to incorporate the innovative mechanic, joining Lucky Neko, Hades and Gator Gold. Gigabox™ is also available to YG Masters partners to incorporate into their own game development, with suppliers already lining up to take this offer.