Roshtein Dominates The Slots Category on Twitch in August 2021

Roshtein has been a leading casino streamer on Twitch for years now and based on the August Twitch metrics, he is going to be an undisputed king of slots for a really long time. After 5 years of regular daily streams, countless hours of live slot-spinning sessions, and record-breaking wins, Roshtein has proven himself as a dedicated professional streamer and world-class entertainer.

The Most Watched Casino Streamer | August 2021

With 8,210,571 viewer hours, Roshtein has ranked as the most-watched casino streamer on Twitch for the month of August. His childhood friend and casino streamer DeuceAce is also among the top 5 with 1,133,661 viewer hours. However, Roshtein’s success is even greater as he also entered the top 10 list of the most-watched Twitch streamers overall, ranking at 8th place. 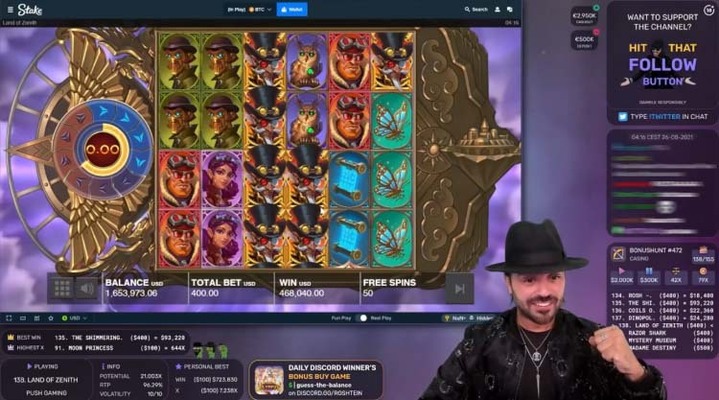 Known as a ‘casino-philosopher with an incredible technique’, Rosh has 750,000 followers at the moment which makes him one of the most followed casino streamers on the gaming platform. Also, his community is constantly expanding. Just during the last month, he was able to acquire 102,692 new followers, making his channel the fastest growing in the Twitch Slots category. The second place has gone to Trainwreckstv with 40,200 followers joining his channel in August 2021.

There are several reasons why Roshtein has been able to build a long and successful career as a casino streamer but one of the major reasons is certainly his respect and appreciation for people who follow him and enjoy his streams regularly. Lovingly called TROOPS, he is aware that without them nothing would be possible. 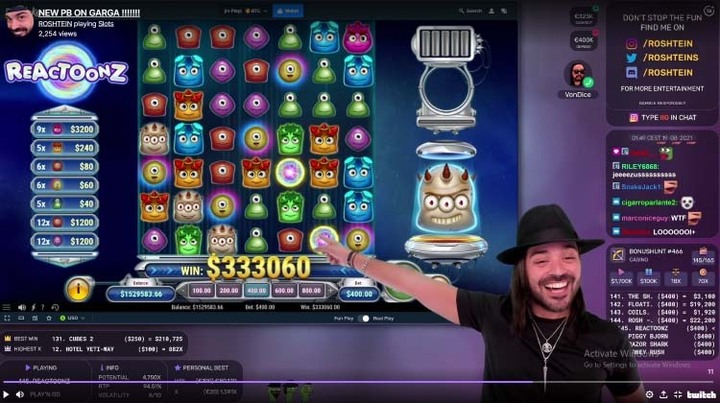 They have been turning up for him in large numbers every day and the highest viewership peak Rosh had in August was a stunning 39,880. His streaming buddies VonDice and DeuceAce also ended in the top 5 reaching 15,784 and 13,947 peak viewership.