Roshtein has once again proven why he is the true king of online casino streaming by scoring yet another impressive win. This time, he has broken his record in the Toshi Video Club slot by Hacksaw Gaming by winning over $2.4 million!

One of the most popular Hacksaw games is almost always a part of Roshtein’s super-fun streams watched on his slots streaming twitch channel by hundreds of thousands of members of his community. The game that inspired the funny tune “Roshi Toshi Oh La La”, had its turn in the twelfth hour of the bonus opening and it has paid out tremendously.

Playing with a $1,000 bet, Rosh bought a bonus round with 10 free spins and the Daruma symbol started to add multiplier progressively between rounds at the very beginning. On the first two spins, the multiplier value increased to 16x.

It reached the amazing 61x by the fourth spin, while the green Daruma landing in the sixth free spin increased the multiplier value to an incredible 244x. The suspension could be cut with a knife as it all came to the last spin. 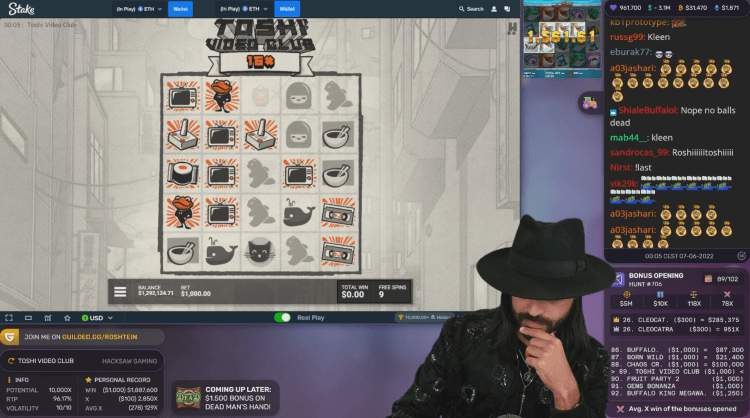 In the last spin, in less than a minute, the master of streaming managed to get yet another six-figure, record-breaking win under his belt. Rothstein jumped from joy and did a little dancing sequence, happily screaming: “It’s not over until it’s over!”, 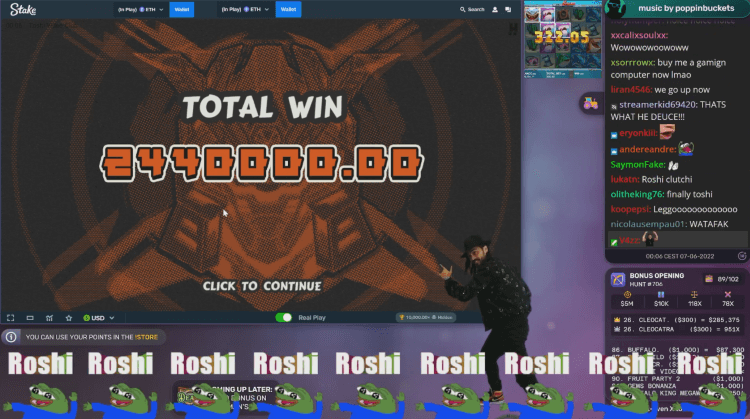 The streamer really needed a big win as he was genuinely concerned about the state of the balance as the bonus opening didn’t go so well. But the table has turned in less than a minute, making him dance of the excitement.

While there might be a while before Roshtein can beat his personal best $17 million win, the streamer constantly strikes huge wins. However, no matter if he is losing or winning, one thing is for sure – Rosh always makes a superb and super entertaining show.