Slots ‘Book of Shadows’ by Nolimit City and ‘Mystery Museum’ by Push Gaming are on the ‘Most Popular’ list in pretty much every online casino at the moment. However, the time has come to finally decide which game is the one providing players with a more immersive experience, better entertainment, and heftier rewards.

Players spinning the reels on Mystery Museum get to enjoy RTP of 96,58% while those playing Book of Shadows have only 96,01% RTP at their disposal. Not a huge difference but sometimes even the smallest of gaps can mean a lot, especially in the world of online gambling.

However, the difference is not that small at all when it comes to winning potential. While Book of Shadows provides players with an opportunity to win up to 30,388x the bet, the Mystery Museum slot offers a maximum of 17,500x the stake.

Check out Roshtein’s Amazing €1 Million Win on Book of Shadows:

To spice up the gameplay, providers have added an amazing selection of premium bonus features. The Book of Shadows is starting with a 5×3 grid that can be expanded to 5×5, increasing the number of paylines to 20. Not only that but Nolimit has also included the possibility for players to choose which reels to lock and which to re-spin. 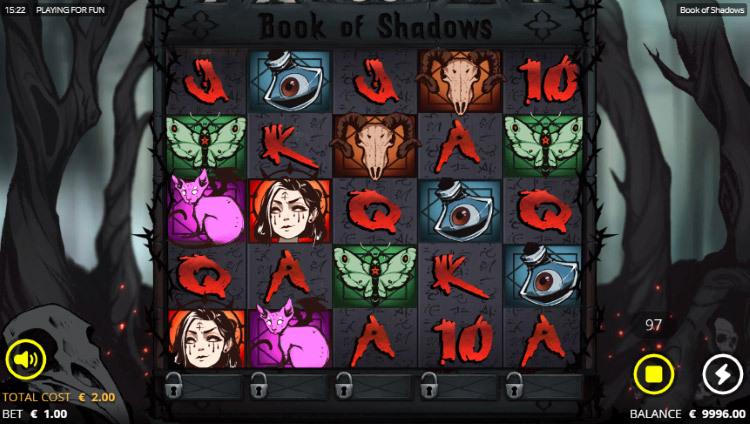 The Free Spins round starts when 3 Scatters (also representing a Wild) or more land on the grid. The reels will spin 10 times while featuring Golden Expanding Symbol which is decided at random before the round starts. This symbol will expand to cover the entire reel each time, increasing the number of possible winning combinations.

Mystery Museum on the other hand has a special Mystery Stack feature during the base and bonus game. Once you have 3 of them in view, they are nudged to cover the entire reels featuring one of the randomly chosen standard symbols. 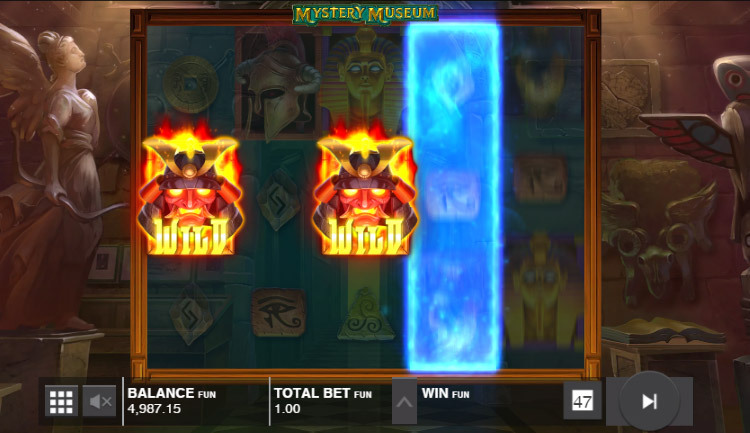 Samurai Wild is also a Scatter, rewarding players with up to 12 spins. If Mystery Stacks appear during the bonus round, they remain in the same place till the last spin is played. The Gamble feature is present in both games and provides players with a possibility to boost their wins.

Although both slots feature darker themes, Book of Shadows is more on a creepier side while Mystery Museum goes more for an enigmatic vibe. Visuals are at the highest level when it comes to these games but the Nolimit’s release has an upper hand with a bit unusual design and slightly more entertaining animations. This is the closest battle so far in the Slot Wars series! Although both games showcase the best the industry has to offer at the moment, Book of Shadows is exiting this fight as a winner.

Graphics and audio are pretty much even in both games in terms of quality so it’s simply a matter of personal preference. However, Book of Shadows offers a bit more when it comes to bonus features and significantly higher winning potential. So, those were the deal breakers in this battle. After all, high max win and numerous special features add that extra dose of fun and thrill to the gameplay.