El Paso Gunfight xNudge and Bushido Ways xNudge, two of Nolimit City’s top games, are competing for the title of a Slot War Winner. Will a fast-drawing Wild West cowboy defeat a  mighty samurai? Or will he have to leave his Smith & Wesson lying in the dust?

Return To Player (RTP) of both games is slightly above 96 but El Paso does have a smaller edge over Bushido by being 0,04 higher. However, where this cowboy-themed release surpasses its rival significantly is in winning potential.

Although Bushido’s 30,000x stake is far from disheartening, El Paso reels are far more powerful with the potential of 44,440x the stake. Both slots are the perfect choice for players who like their games to be highly volatile. However, Nolimit provides El Paso players with the possibility to choose between high and extremely volatile gameplay.

The thrilling mix of available bonus features is what makes these games so popular. Both releases feature xNudge Wilds which once in view expand to cover the entire reel and come accompanied by the multipliers. The Free Spins bonus rounds elevate the playing experience, creating the possibility for collecting some amazing rewards. 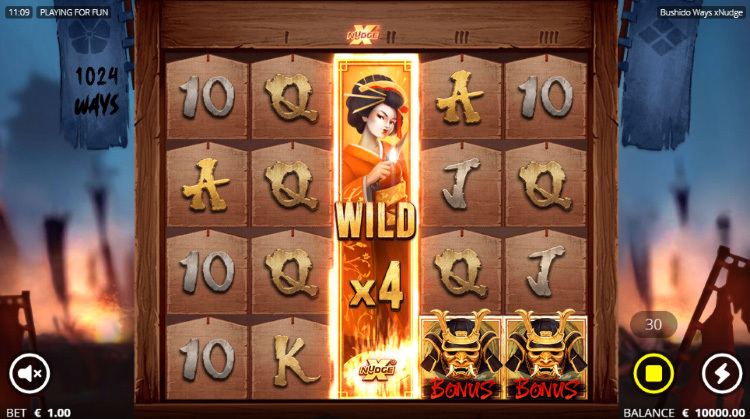 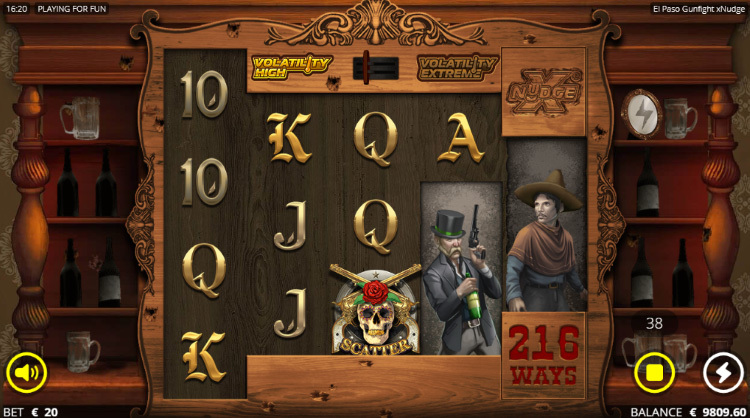 Bushido Ways is far from being the plain game but it’s simply not at the same level as the El Paso slot. It features gaming perks such as standard and Sliced Wilds, 2 versions of Free Spins, and multipliers. Both releases are meeting the needs of players who prefer feature-filled slots and action-packed gameplays. However, El Paso is offering more in terms of possible entertainment and prizes.

Nolimit City is not regarded as one of the leading software providers in the iGaming community for producing visually poor slots. So, whether you spin reels on El Paso Gunfight or Bushido Ways, you will love what you see.

From outstanding design and popping colors to immersive music, the releases are certainly at the top of the online gambling industry in terms of visual and audio effects. El Paso has a slight advantage due to more detailed animations.

El Paso Gunfight is exiting this war on the wings of victory and guns blazing. Although both slots provide fun and exciting gambling sessions, the cowboy-themed release is definitely more deserving of players’ time. Not only will you have more features at your disposal, but you will also have the chance to land a max win of 44,440x the stake.

With a winning potential of 30,000x the stake and multiple bonus games, Bushido Ways is not a title you can simply ignore. However, compared to its only one month younger cousin it’s definitely lacking in power.