Two of the Pragmatic Play’s freshest releases ‘Empty The Bank’ and ‘Lucky Lightning’ are facing each other in this Slot Wars episode. Pragmatic is one of the most fruitful providers on the iGaming scene with at least one new game landing on the market each week. However, the studio doesn’t sacrifice quality over quantity and their development team is known in the online casino world for designing highly entertaining and rewarding slots.

Let’s see which one of these two will be crowned a Slot Wars winner.

In terms of reel-power, both of these slots are capable of boosting players’ balance significantly thanks to the high winning potential. Empty The Bank slot can master the wins of up to 10,000x the stake while Lucky Lightning is a bit more rewarding with 10,100x.

Compering the games’ RTPs, the difference is pretty minuscule but Empty The Bank has a slight advantage in this case. Its RTP value is set at 96.48% while Lucky Lightning has 96.45%. Either way, both slots meet what is considered an industry standard and neither one of them is strongly dominating the other in the winning potential and Return To Player spheres.

Aside from Ante Bet, the Empty The Bank slot features Hold and Spin round but with a special twist. Once activated, players are taken to a completely new grid with a starting layout of 4×5 but it can expand to 7×7. They get 3 respins which are reset to the starting number each time a new Money symbol lands on the reels. The Money symbols come with a random value ranging between 1x and 10x the stake.

However, Money symbols are not the only ones available during this round. Walkie Talkie, Computer, Burglar, Alarm, Drill, Hammer, Ladder, and Safe Door symbols are making the gameplay more exciting by unlocking new spaces on the grid or adding extra value to the Money symbols, among other things. 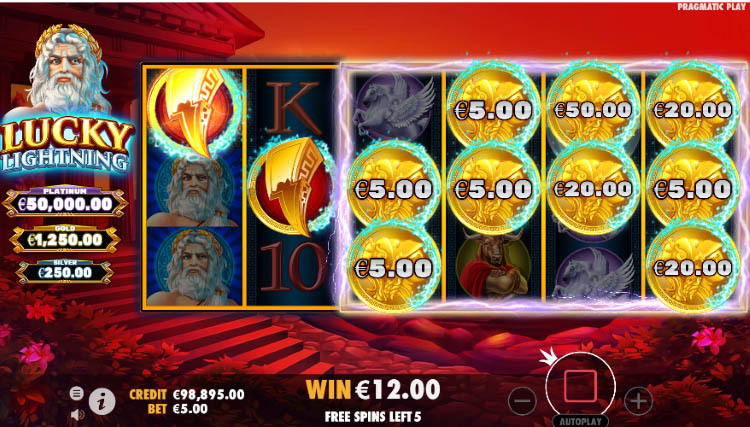 Players spinning the reels on the Lucky Lightning slot also can enjoy the Hold and Spin feature. It’s a more traditional version of this feature that is triggered by Wild symbols landing on reels 1 and 2 while the Money symbols are in the view from the reel 3 and onwards. Wilds on the first two reels also can randomly expand the grid to 3×6, 3x3x4x4x4, or 3x3x4x4x4x4 layout. The player is rewarded with 1 respin while the triggering symbols remain locked in the position.

Money symbols come in random values of 1x to 500x the stake. However, there is also a chance to win one of 3 available jackpots – Silver, Gold, and Platinum caring the values of 20x, 250x, and 10,000x the bet. The game also has a Free Spins round and depending on the number of Scatters, players can win 10, 15, or 50 Free Spins. This round is always played on the extended 6-reel grid and there is a possibility of retriggering it.

Visual and audio effects are a very important part of online slots betting as they can elevate the whole playing experience to the next level and make it more immersive and memorable. When comparing these two games, the colors in Empty The Bank pop out more, animations are smoother while also more entertaining, and overall graphics are much crispier. 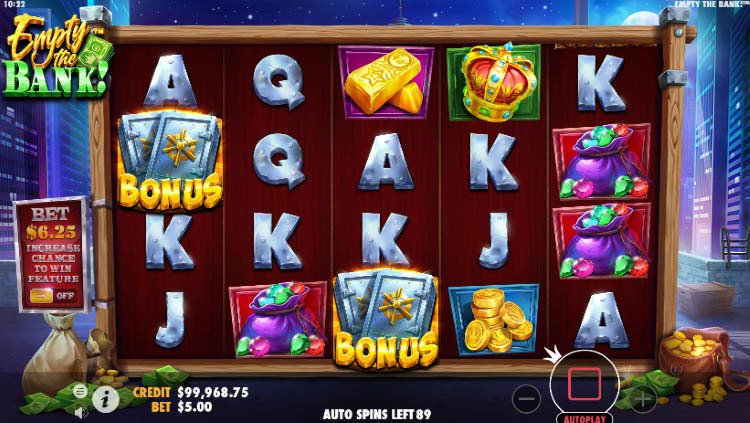 Not to say that Lucky Lightning doesn’t meet players’ needs on this front, it’s just that the Empty The Bank does this better and in a way that will appeal to more players. 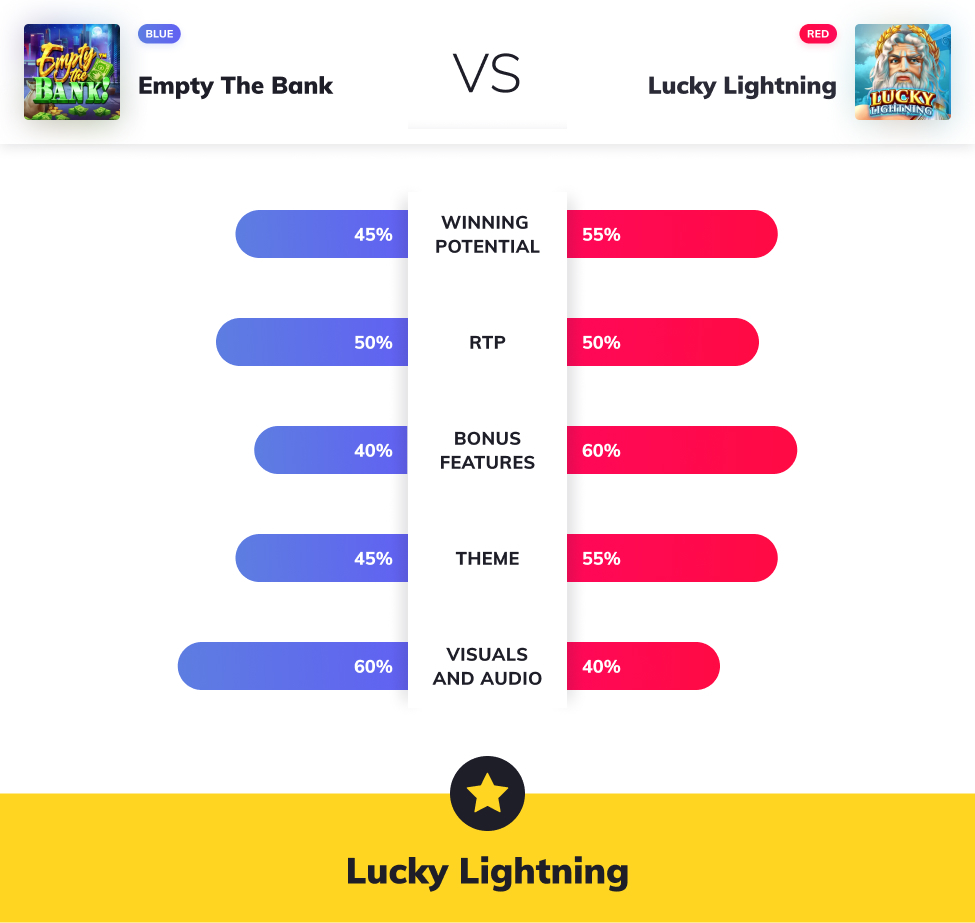 Although Empty The Bank has one but the rich bonus round, great winning potential, pretty unique and very interesting theme, and outstanding visuals, Lucky Lightning is taking the win in this Slots War fight. Packed with special bonus features and inspired by one of the favorite slots themes ever – Ancien Greek mythology, this game has everything slot players love.

Thanks to the expanding grid, players can land some amazing wins. The Hold and Spin feature can bring some seriously hefty cash prizes while the Free Spins round adds that extra layer of excitement to the gameplay. Pragmatic included also 3 different Jackpots in this Greek-themed release and players favored by the mighty Zeus can land as much as 10,000x the stake.