Get ready for the battle between 2 of Pragmatic Play’s top-trending slots at the moment – Big Bass Bonanza and Floating Dragon Hold & Spin. Although enjoyed by players all over the world, including casino streamers, only one of them can be crowned a champion.

What both games have in common are the same RTP level (96,71%), the matching grid layout (5×3), and the number of available paylines (10). However, the winning potential is more than 2x larger in Floating Dragon. Big Bass Bonanza’s max payout is 2,100x the stake while Floating Dragon reels are burning with a potential of 5,000x the stake. Also, both games are ranked as highly volatile but the Floating Dragon got the highest possible mark from the provider (5/5) while Big Bass Bonanza is a bit less powerful (4/5).

The most exciting part of every modern video slot is the mix of bonus features they bring to players. Big Bass Bonanza was able to become one of the players’ favorite slots due to its interesting bonus round which can feature up to 20 Free Spins, depending on the number of Scatters you land. The main attraction during these spins are Money Symbols which are being collected by the Wild. 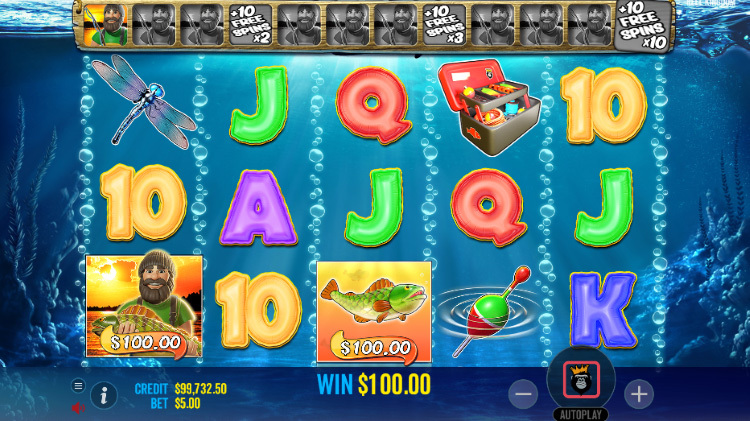 There is also a special bar above the grid where the Wilds are gathered. Once you collect 4, Free Spins are retriggered and 2x multiplier is activated. This can happen 3 times and the max multiplier value you can reach is 10x. In addition, if there is one Wild on the last spin, dynamite will be thrown onto reels, awarding a random number of Money Symbols.

The Floating Dragon bonus game is basically the same. However, Hold & Spin feature elevates the gameplay to the next level. Landing 3 Coin Money Symbols on the middle reel during the base game triggers the Respin feature. It starts with 3 spins which get reset to the starting number each time you get a new coin. The coin values are added together so you can end up with some hefty reward at the end. 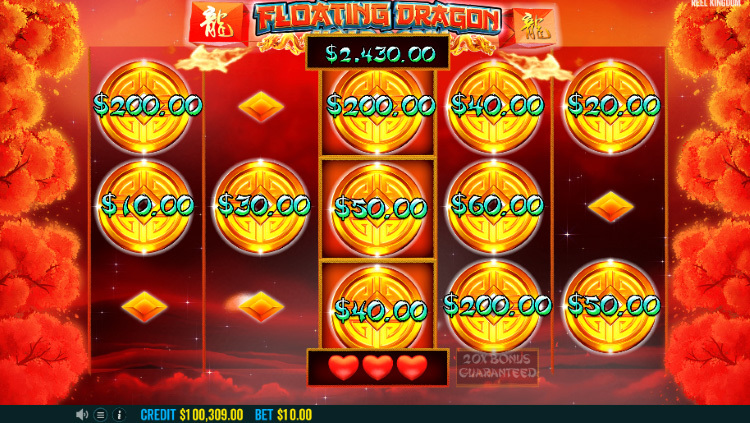 Pragmatic Play delights players who decide to spin Floating Dragon reels with another special treat – a minimum guaranteed win. So, if you don’t earn 20x the stake during the Respin feature, you are given additional 3 tries.

Both slots feature sharp graphics and immersive soundtracks but the superiority of Floating Dragon in the visual and audio effects department is clear right from the get-go. Although some might argue that it is a newer game, the release dates are just 4 months apart so that argument doesn’t really hold up.

Simply put, the developers have put more thought into the Floating Dragon’s design, making it more visually pleasing. Outstanding animations will certainly catch the player’s eye from the 1st spin. Floating Dragon Hold & Spin takes the winning trophy. What happened here is what happens very often with providers which release a very successful game – they try to bank on that success by including the features players loved in the next slot while also adding something new to spice things up even more. In this case, it is the Hold & Spin feature that boosts player’s chances to take home sizeable rewards.

Higher winning potential and slicker design are also what makes this release more appealing to the gaming community. Its younger brother Big Bass Bonanza is certainly not without its charms and many players still enjoy spinning these fishing-themed reels. Still, the Floating Dragon slot is featuring a much popular Asian theme and is bringing an overall more exciting playing experience.