Are you ready for another slot battle? This time, it’s Piggy Bank Bills vs Treasure Wild. Two superb releases by renowned Pragmatic Play are facing each other, but there can be only one winner. Both games come with big winning potential, high volatility, and engaging bonus features, so which one hides the ace in its sleeve?

Players have different preferences when choosing which slot to try out, but the game’s winning potential is often at the very top of the list. Of course, high possible wins alone are not enough to spike the interest of punters, so top slots have to combine it with more entertaining elements to attract the punters. Still, a nice winning potential is always a welcome addition, and that’s something both of these slots provide. 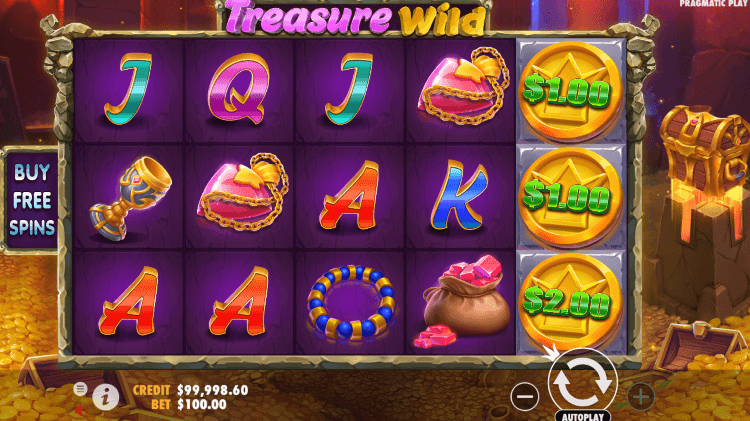 Released in September 2021, Treasure Wild comes with generous maximum payouts of up to 4,500x the stake. However, the next slot in Pragmatic’s product line launched the following month, Piggy Bank Bills with 6 reels and 3 rows, offers even higher winning possibilities – up to 5,000x the bet.

Both titles are ranked as highly volatile slots and have almost the exact RTP. Treasure Wild with a 5×3 grid offers a slightly higher RTP of 96.53% compared to adventures of rich piggies with 96.50%. Due to these numbers, both of these releases fit into the industry’s average when it comes to the return to player percentage.

The wagering range is the same, allowing players to place bets anywhere from $0.20 to $100. Besides having an extra reel, Piggy Bank Bills also features the unique concept – you have to match the two halves of the same banknote to win. Every symbol is actually half of the bill, and the winning combination is made when the same symbols land facing each other, merging into one whole banknote.

In the Treasure Wild, the golden coin represents a money symbol that takes a random value on every spin from the predetermined set (up to 50x the total bet).  At least one Wild landing simultaneously as money symbols collects all of their values. The total value of all money symbols on the screen is awarded for each Wild on reels.

The appearance of 5 or more money symbols triggers the bonus feature with 9 free spins, while their value is added and collected. During free spins, the value of money symbols is collected in the treasure chest appearing on the right side and paid once the feature ends.

As for Piggy Bank Bills, here the Scatter has the role of triggering spins. Just like all other symbols, Scatter also appears as a bill split in two half. Once both halves land facing each other, they join into a whole scatter bill to award 8 free spins. If 2 or 3 scattered bills are joined, the same number of free spins is awarded, plus the lowest 1 or 2 paying bills are removed from the reels, respectively. 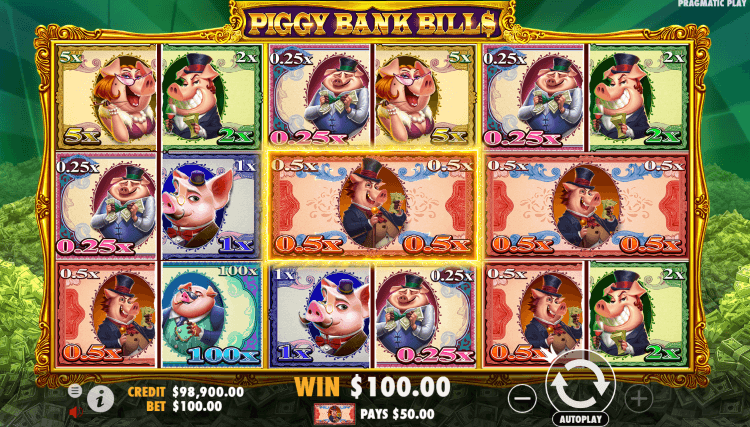 Random 2x or 3x multipliers may appear over the symbols during free spins. In case that a winning bill is formed, any multiplier on top of it applies to the prize value. When there are 2 multipliers on the same bill, they first multiply each other before multiplying the value of the bill. As an addition, the lowest paying symbol remaining on the reels may be removed randomly on any free spin.

Besides free spins round, this slot also has random modifiers that can award extra spins, up to three symbols replaced with matching halves or a set of 2, 3 or 4 Wilds placed randomly on reels. On the other hand, Piggy Bank Bills is lacking the option to Buy Bonus that Treasure Wild provides.

The highest level of graphics and animation, superb design and soundtrack that perfectly follows the gameplay can be found in any Pragmatic Play slot. These two aren’t the exception, providing quite enjoyable visual appeal.

That said, Piggy Bank Bills might have a slight advantage thanks to its theme and the idea of split symbols merging together to create a win. Rich, greedy piggies are done with such details and offer a fresh, original take on the money theme.

Although Treasure Wild features a more cartoonish design, that certainly doesn’t diminish its great visual experience. Still, its theme is simpler and that’s the only reason why piggies take this round. 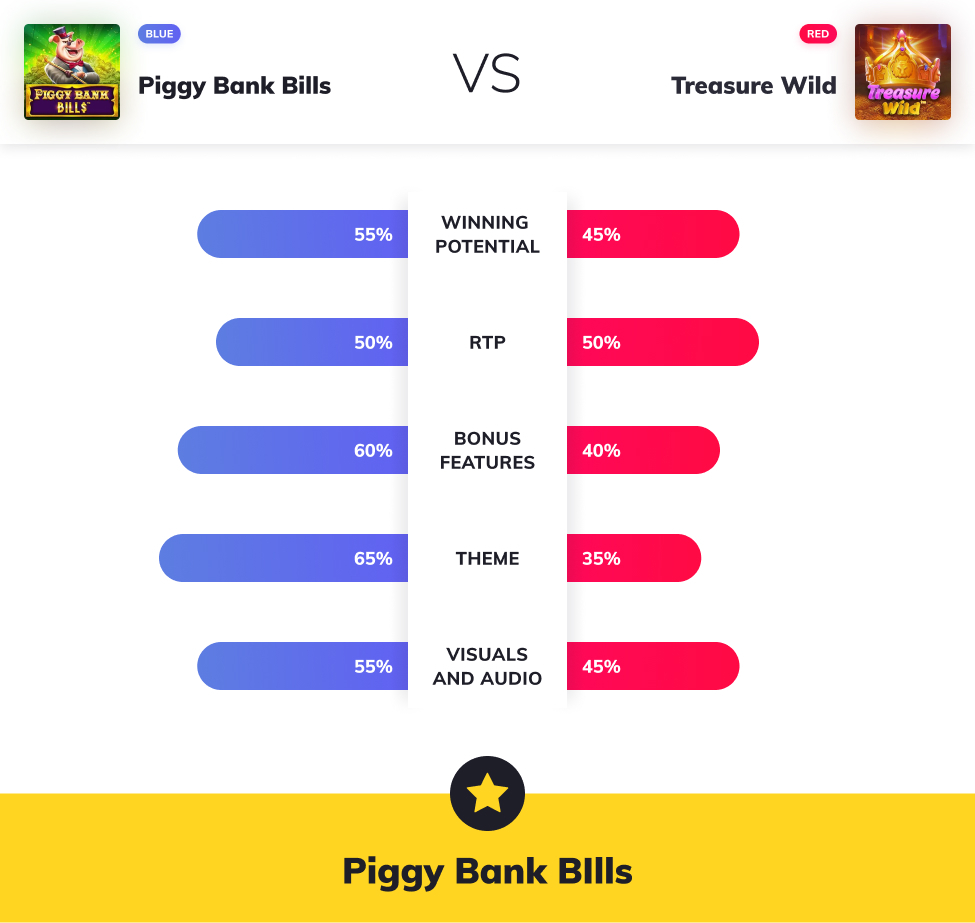 Choosing the better release between two high-quality games by the same provider is not an easy task. However, Piggy Bank Bills takes the win this time, mostly due to its slightly bigger winning potential, random features and innovative paytable.

The matching symbols system is such an interesting concept that might even change the path of slots history. It certainly gives this game something fresh and unseen to offer to the genre.

On the other hand, if you’re not keen to try out this new concept, Treasure Wild is a great choice to have a lot of fun on reels. Either way, you won’t make a mistake no matter which of these slots you decide to play.