The main contesters in this episode of the Slot Wars series are Push Gaming’s premium releases – Jammin Jars 2 and Razor Shark. Both games provide players with exciting gameplay, numerous bonus features, and memorable wins. Although Jammin Jars 2 is probably the hottest release on the iGaming market at the moment, let’s see how it hold up when compared with the older brother Razor Shark.

If you decide to spin the reels on the bottom of the ocean and face scary sharks, your bravery is rewarded with the INFINITE winning potential. However, the highest observed win as stated by the provider itself is 85,475x the stake. On the other hand, Jammin Jars 2 have a limited possible max payout but given the fact that it’s set on 50,000x set, it’s far from disappointing or discouraging.

In terms of RTP, the Razor Shark slot has an upper hand in this battle with 96.70% compared to 96.40% in Jammin Jars 2. The difference might be small and insignificant to an untrained eye but the seasoned players know just how important it actually is.

The Free Spins round has become a standard bonus feature players expect from pretty much every video slot. To trigger this round in both of these games you need to land at least 3 Scatters. 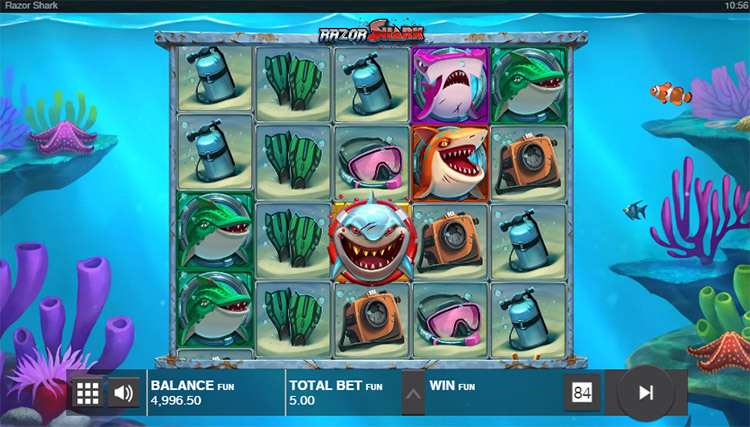 When activated in Jammin Jars 2, the players get to spin the reels 6 times. Although this number is lower than what they usually get (10 Free Spins) due to avalanche reels triggered by each winning combo, the number can be significantly biggest. The Jar symbols responsible for launching this feature are transferred to the bonus round where they behave as Wilds. They also carry a progressive multiplier which increases by 1x each time they are part of the winning combo.

Once Free Spins start in Razor Shark, 2nd and 4th reels are filled with Mystery Stacks which get budget by one position with every new spin until they fall out of the reels. The feature ends when there are no Mystery Stacks in the view but additional can also appear to prolong the round. The provider has also included a progressive win multiplier that increases by 1x with each Mystery Stacks nudge. This can produce bombastic wins for players diving in these highly volatile waters.

Mystery Stacks are also available in the base game of the slot and they can land on any reel. Just like in the bonus round, they move downward with each new spins, revealing either matching standard symbols from the paytable or Golden Shark symbols. The Razor Reveal feature is activated by Golden Sharks. When activated, it reveals either bet multiplier coins (up to 2,500x) or Scatters.

Gold Coins are present in Jamin Jars 2, as well, which bring instant prizes of up to 1,000x the bet. The Fruit Blast feature is activated randomly during the base game and it put 1 -3 giant fruits on the grid that burst to form a cluster of the same kind.

Another symbol to look forward to on a Jammin Jars 2 dancefloor is Gold Vynil. Each time it appears on the reels, it’s collected by the DJ located left from the grid. Once you collected enough to reach the 5th level, the Giga Jar feature is triggered. However, bear in mind that this round is not automatically activated on level 5 but it can start randomly when a disc is collected as well.

When this happens, all symbols from the grid disappear and Giga Jar adds 3 to 4 Wild Jars. The size of the jars is 2×2, 3×3, or 4×4, and players also get rewarded with 8 Giga Spins.

When it comes to visual and audio effects, Push Gaming has always been providing players with high-quality slots. Both of these releases are featuring first-rate graphics and immersive soundtracks. 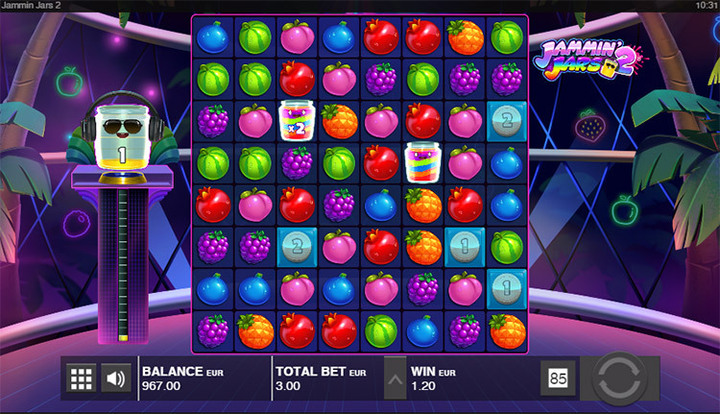 Push Gaming has stayed loyal to the original theme in the Jammin Jars sequel and players are again invited to show off their best moves on a dancefloor. However, the background is a bit more tropical but the sound is just as catchy as it was in the first game.

Razor Shark is taking players deep under the sea surface and into the dangerous and mysterious world of fishes. Aside from Egyptian and Greek, Oceanic-theme is probably one of the most used in the world of video slots. The studio ensured an immersive experience with colorful visuals, amazing animations, and a highly dynamic soundtrack. 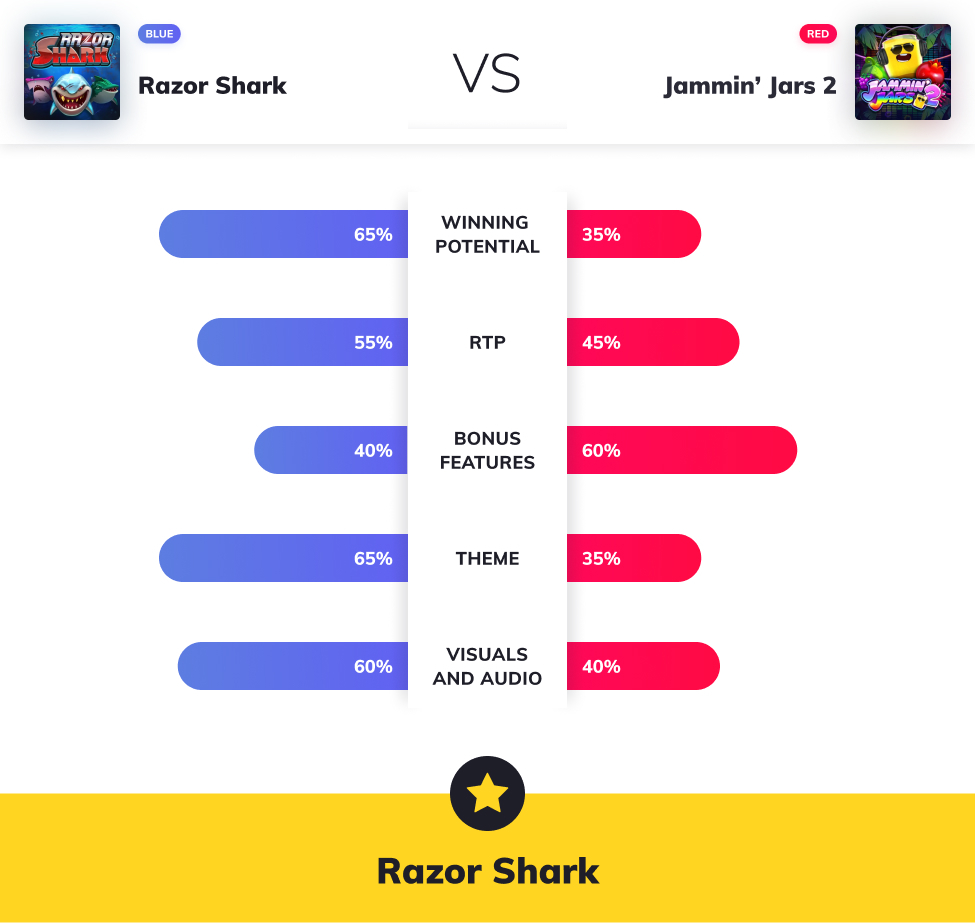 Jammin Jars 2 is one of the most anticipated slots in the last few years. After the success of the original title, high expectations are not surprising and the provider didn’t disappoint in any way. Push Gaming managed to upgrade the original in every possible way. However, that was not enough to leave this slot battle as a winner. That title is going to its older brother – Razor Shark.

Although Jammin Jars 2 can be proud of stunning bonus features, Razor Shark has an upper hand in pretty much all the other segments. From vibrant visuals to massive winning potential, this game has everything modern slots should have.