Slot Wars – The Green Knight VS Diamonds of The Realm

The next games to enter the Slot Wars ring are popular The Green Knight and freshly released Diamonds of The Realm by Play’n Go. Both titles are bringing action-packed gameplays and exciting betting sessions for players to enjoy. But when faced with one another, which one of them is providing a better user experience and has bigger rewarding potential.

The Green Knight has a slighter edge over Diamonds of The Realm when it comes to offered RTP with 96,27%. However, the difference is pretty slim with Diamonds holding 96,23%, and with both releases sitting over 96%, they are both meeting the industry standard in that regard. 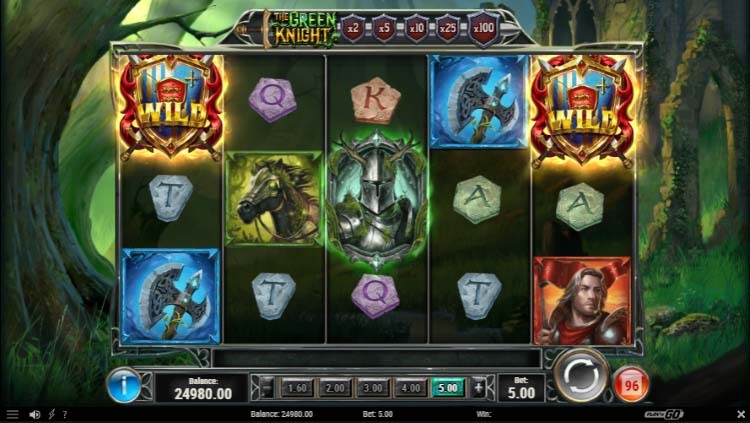 What makes Diamonds really stand out when compared to The Green Knight is the winning potential value. Play’n Go gave The Green Knight players the possibility to win up to a maximum of 10,000x the bet but the provider has pumped the reel-power in Diamond in The Realm to a magnificent 20,000x the bet.

Modern video slots come with interesting gameplay features that make players love them or hate them. The popularity of The Green Knight in the iGaming community is based on several things but especially on a great mix of special extras that elevate the gameplay and make it more immersive. 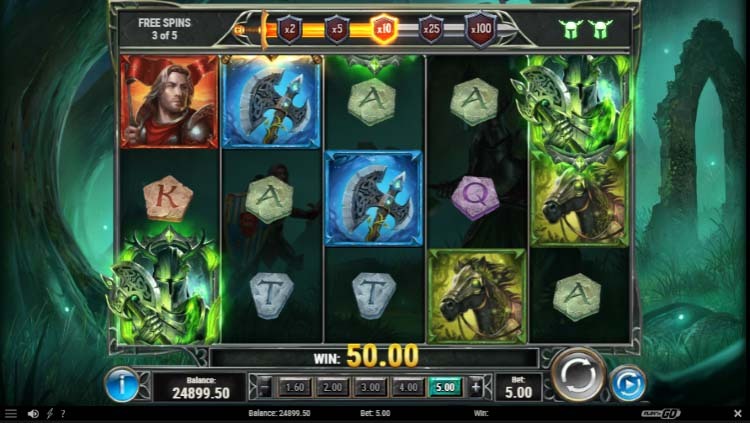 The Wilds have a key role as they carry 2x, 5x, 10x, 25x, and 100x multipliers and can significantly increase the payout of the winning combos they are a part of. The Free Spins round is triggered by landing 3 or more Scatters. A player receives 5 free spins with a guaranteed Wild Multiplier.

With each new spin, the Win Multiplier will move one level up until it reaches 100x. In addition, if a player manages to land 2 Knight symbols, 5 Sheild Spins are activated and Free Spins are put on hold and the current Wild Multiplier stopped till the feature ends. 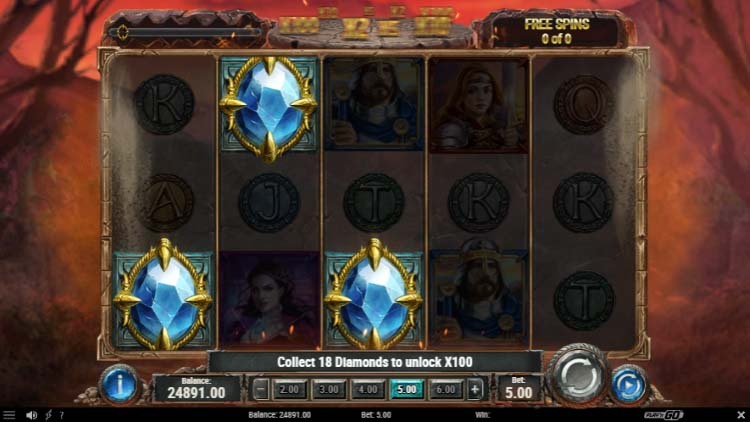 Diamonds in The Realm has a similar set of bonus features, just arranged differently within the gameplay. Win Multiplier is located above the grid with 2x, 5x, 10x, and 100x values and can be triggered on any spin.

As per usual, a player needs to land at least 3 Scatters to activate the Free Spins round. Similar to The Green Knight slot, the Scatter is being collected during the bonus game and it will help players progress through the levels. With each new level, 5 bonus spins are rewarded and Win Multiplier is increased.

Play’n Go developers are known for creating games with superb visual and audio effects. The Green Knight and Diamonds of The Realms are both stunning with sharp graphics and impressive animations. Diamonds stand out a bit more in the audio department when compressed to The Green Knight. Diamonds of the Realm features ambitious music production that adds that epic and adventuristic feel to the gameplay. 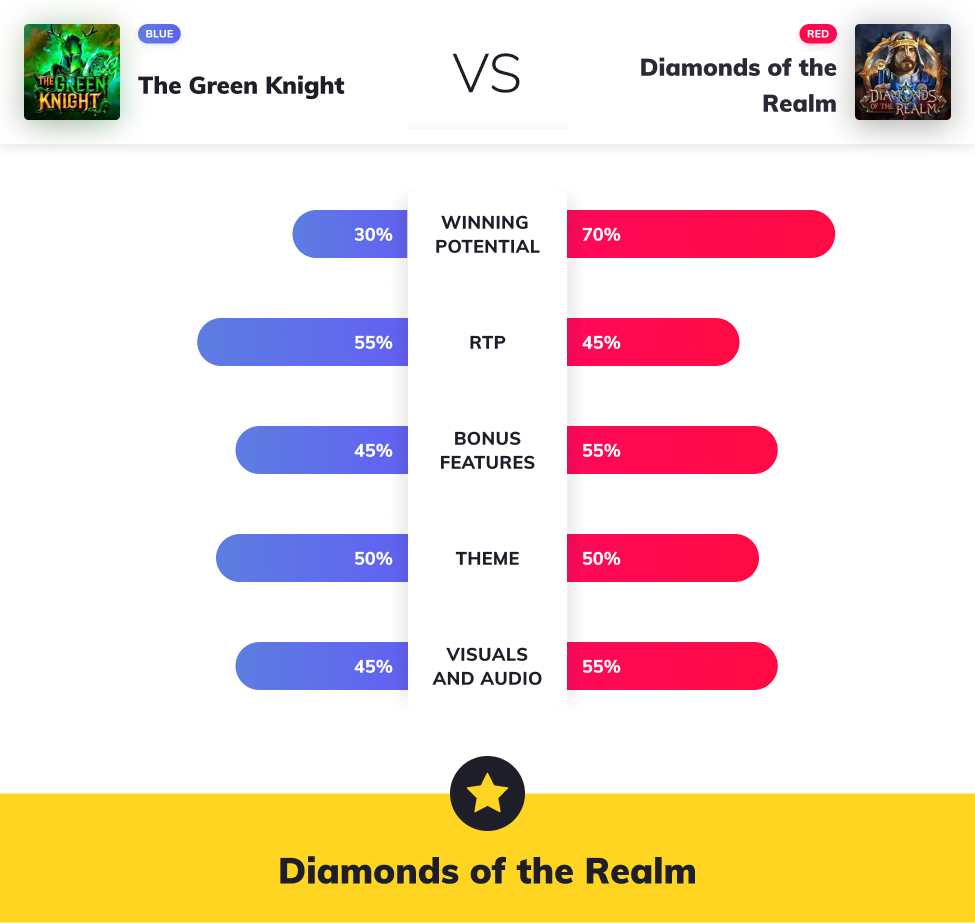 Diamonds of The Realm are taking the title of the Slots Wars winner this time. Aside from outstanding visuals and soundtrack, the game has immersive gameplay, a popular theme, and an amazing winning potential of 20,000x the stake. The maximum possible win is the biggest difference between these two slots and the main reason The Green Knight is ranking worse than its younger brother. Still, both are high-quality games that have a lot to offer to the players.