The Biggest Crypto Hacks and Heists

Although crypto supporters love to promote digital tokens as secure and reliable, hackers steal an estimated $65 worth of digital coins every second. Criminals have exploited even some of the most reputable crypto exchanges and taken off with billions. The following list contains some of the biggest crypto hacks and heists that almost crashed the market.

The following list contains some of the biggest crypto hacks and heists that almost crashed the market.

Bitfinex – Curse Of The Leading Exchange

Bitfinex took over the reins of the largest cryptocurrency exchange shortly after the fall of Mt.Gox. The number one spot, however, seems to have been more of a curse than a blessing as more and more hackers started targeting Bitfinex. And in 2016 the exchange announced a massive security breach that resulted in a loss of 119,756 BTC.

Much like before, the price of BTC plummeted and caused a lot of havoc in the crypto community bringing the price down to as ‘low’ as $480. The exchange has luckily learned from the previous crypto heists and quickly responded with a solution.

Bitfinex issued its own currency as a form of IOU to pay back its users. The exchange pulled through with a seemingly impossible task and withstood the disaster. And as of today, the company has bought all its tokens back, thus paying its debt to its customers. Today, Bitfinex is still up and running and considered one of the biggest exchanges on the market.

A huge development in the Bitfinex hacking case came forward in February 2022. Out of the stolen 119,756 BTC, around 94,000 BTC was recovered by Federal officials. Two unlikely suspects were arrested on charges of money laundering. Dutch Lichtenstein and Heather Rhiannon Morgan, an influencer hipster couple who are believed to be behind or closely related to the hacking attack.

The majority of the hacked funds were found scattered across numerous cold and hot wallets belonging to the pair. However, it is not clear yet whether or not the couple is responsible for actually breaching the exchange.

The most ironic part about this hack is that Morgan was a former Forbes contributor who wrote articles about cyber security and even hosted multiple seminars with crypto exchange owners about cyber hack prevention.

The Poly Network scandal is one of the largest heists in recent memory that seemed to be pulled off by a single person. The hacker exploited a vulnerability in the code of Poly Network’s smart contracts and made off with roughly $611 million, according to a blockchain security company SlowMist. 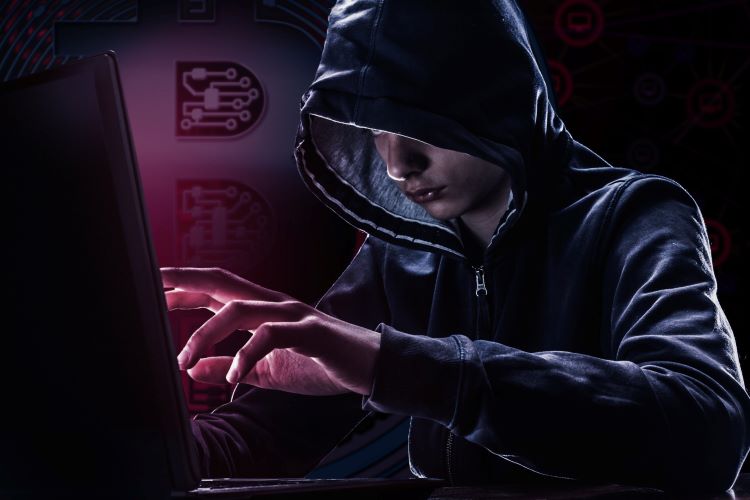 While the hacker was in control of all the assets, $611 million was unsurprisingly hard to move discreetly, due to the nature of the blockchain. Such an alarmingly large sum was immediately noticed and Poly Network was quick to act. The hacker’s wallet address was publicized on Twitter and promptly blacklisted from most of the major cryptocurrency exchanges making it extremely frustrating for the hacker to launder the tokens.

After numerous attempts of liquefying his new-made fortune, the hackers seemingly gave up and started leaving notes, hinting at the possibility of redemption. Poly Network said he has since returned the majority of the stolen cryptocurrency but still holds more than $200 million worth of assets until “everyone is ready“.

To make this story even crazier, Poly Network has promised a $500,000 reward to the hacker for restoring the user funds. He was even offered the position of “chief security advisor” by the company.

Mt. Gox – The Largest Crypto Heist Ever Pulled Off

Mt. Gox started as a humble Magic The Gathering exchange but quickly became the largest crypto exchange, handling over 70% of the world’s cryptocurrencies at one point. The company was the biggest, most popular, and overall unrivaled crypto exchange during its time.

However, the Japan-based firm went dark in 2014 out of nowhere and surprised everybody with a box office-worthy revelation. As it turns out, the so-called “world’s leading exchange” has been hacked on multiple occasions for years without noticing and lost over 850,000 BTC in total.

Since then, people have speculated on all kinds of wild theories, mostly blaming the hacking attack to be an inside job. The former CEO Mark Karpelès was actually arrested in 2015 on suspicion of fraudulent manipulation but was since then released after about a year.

This hacking scandal will undoubtedly remain as one of the darkest moments in Bitcoin history. The fatal blow not only damaged Mt. Gox and their customers but Bitcoin itself, as the price of BTC plummeted by more than 20%. This is because the massive amount of missing coins represented around 6% of the total circulating Bitcoins.

DAOsaster – The Creation of Ethereum Classic

While Mt. Gox was the biggest disaster of Bitcoin, the DAO attack is most certainly the worst heist to ever happen to decentralized finance (DeFi). An attack so severe it literally split the Ethereum community in half and created a completely new currency.

Decentralized Autonomous Organization (DAO) was one of the most ambitious projects in the cryptocurrency space, an idea inspired by crowdfunding. Unlike other projects, DAO came in a form of immutable code that couldn’t be altered once deployed. This is why a single mistake would be completely devastating for Ethereum and its users.

And unfortunately, a single mistake occurred and was exploited. Two simple lines of code to be precise were written in the wrong order and caused this massive vulnerability.

While anyone could have exploited this mistake, a single crafty hacker drained an estimated $8 million dollars worth of Ether every hour. Collectively, the mysterious figure claimed exactly 3,641,694 Ether which would translate to roughly $14 billion dollars today. Following the controversy, the hacker even released a statement and dared to call himself a “legitimate and rightful owner” of his newly acquired Ether.

In order to prevent the hacker from cashing in his tokens for real money, the original Ethereum blockchain was hard forked and split into two. Although many were against this change and stayed on the old blockchain (Ethereum Classic) the majority has since moved on to the newer version that we all know today as Ethereum.

A great example of how not to run exchange is the hacking of the cryptocurrency exchange Coincheck. The whole operation was an embarrassment exposed by the hacker or hackers that took 500 million NEM tokens pretty much effortlessly.

This is because Coincheck has allegedly stored the entirety of their NEM tokens in a single hot wallet and didn’t even use the NEM multi-signature contract that was suggested by a security firm.

This heist single-handedly doomed NEM’s value since it plummeted the price from $1.6 to just a few cents that it’s trading for today. Coincheck luckily showcased remarkable damage control and unlike Mt. Gox didn’t file for bankruptcy and still runs even today.