December is marking the end of the year, so it’s time to reflect on what new has happened in the gambling industry. With the holiday atmosphere, let’s see the best slots that were released, wins that casino streamers hit and what changed in the iGaming legislation around the world during this month.

This year, most providers have released their holiday slots in November, not waiting until the last minute to share the festive spirit on reels and give players time to choose the best Christmas games. Still, that certainly doesn’t mean they close their production line for 2021 as some great releases were launched in December.

Played on a 5×3 grid and 40 paylines, Fortune Cats Golden Stacks by popular Swedish provider Thunderkick brings the rich history and tradition of the Far East. Revolving around Maneki-Neko, the famous Japanese lucky cat, this title comes with a nice winning potential of up to 2,500x the bet. Thrilling bonus round awards 10 free spins, mystery symbols and a chance to unlock 3 grids, expanding the number of ways to win to 120. 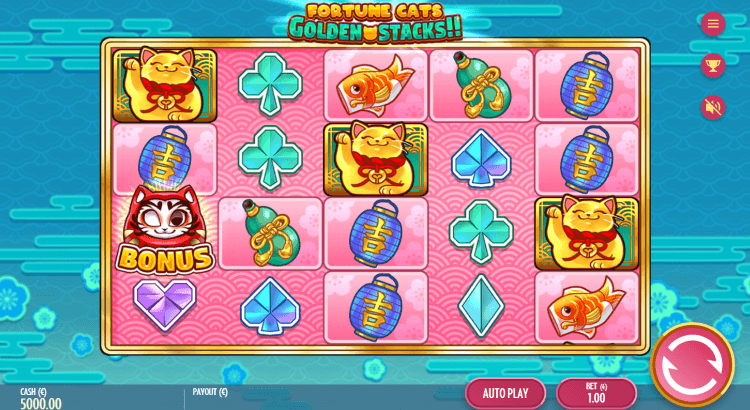 Another noticeable mention is Power of Gods: Medusa slot by Wazdan. This Ancient Greek-themed release is set on a 5×3 grid with 10 paylines. Features a winning potential of up to 2,500x the bet, plus several exciting bonus rounds including Jackpot prizes and Sticky Bonus symbols. To make things more engaging, players get to choose the level of volatility between low, standard or high.

The month won’t be completed by at least one game inspired by Ancient Egypt. Nefertiti HyperWays slot by GameArt comes with a 5×4 grid and incredible up to 60,466,176 was to win, plus an array of bonus features. Here you can also choose the volatility level, but it is determining the maximum winning potential at the same time – medium, high and very high variance brings up to 5,000x, 50,000x or 150,000x the bet respectively.

What Were Casino Streamers Doing in December?

The December of 2021 will remain remembered amongst the fans of casino streaming with Rostein dressed as a Santa Claus. At the beginning of the month, the famous streamer has put on a red suit, strap on some white bear and started an amazing Christmas 2021 celebration on his Twitch channel.

Every day from December 1 until the 25th Roshtein streamed his playing sessions, awarding its troops in the process with extra points and some special gifts. There were some significant wins, with the highest hit in the Tasty Treats slot during the bonus opening part of the Rosh’s stream. 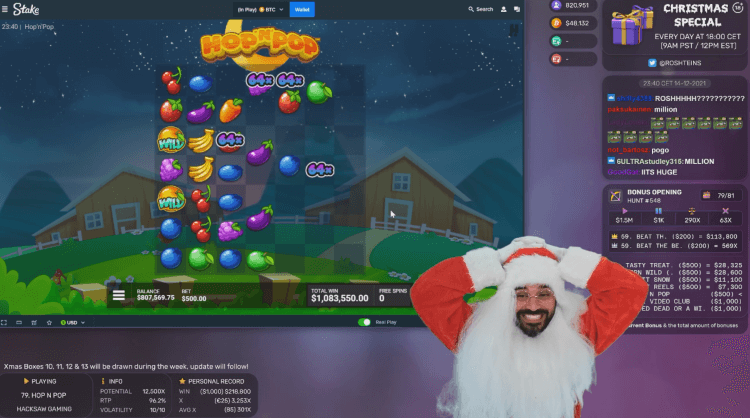 While playing this Hacksaw Gaming’s release with a maximum winning potential of 10,000x the bet, the leading figure on the casino streaming scene has landed a massive $5 million win! In the beginning, things weren’t looking promising, but anyone who has played slots by this provider knows that everything can change in one single spin. With two free spins left until the end of the bonus round, Rostein hit the new six-figures win and his personal best on this game.

Great ending for the great year that streamer has had, managing to land several earth-shattering wins. Still, none of them can’t compare to the record-breaking $9 million reward on a Wanted Dead or a Wild back in October that has marked the year 2021.

Operator association Licensed Dutch Gaming Providers (VNLOK) has agreed to a voluntary advertising code for online gambling (ROK) in the Netherlands, including limits on bonuses with €250 cap and daytime ads online. VNLOK aim is to protect vulnerable groups by extending measures already in place for television and radio advertising to online advertising.

Besides this code, the Dutch Minister for Legal Protection Sander Dekker has revealed the adoption of an action plan designed to halt the rise of illegal gambling from Curaçao. He also gave an announcement that the investigation about the malfunction of the self-exclusion system Cruks when the gaming market launched in the country on 1 October has been opened, the results of which should be made available by 1 April. 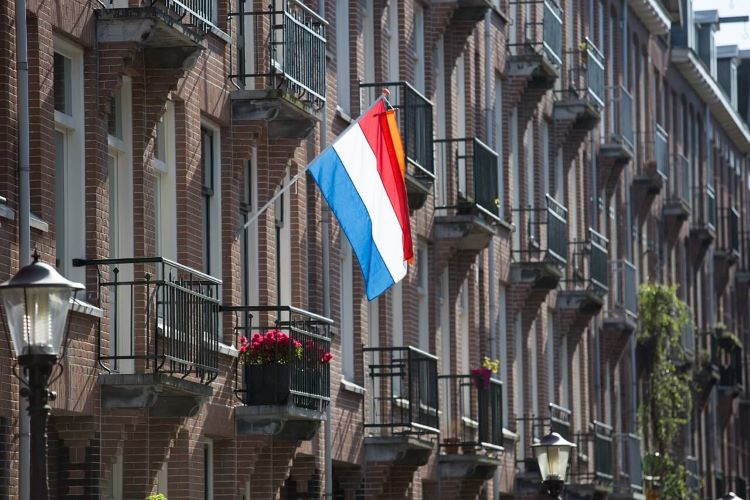 Moving on to Finland, where the country’s parliament has approved the country’s Lottery Act at first reading, thus setting out tighter controls for offshore operators and additional safeguards for Veikkaus’ monopoly. Changes in the act include the introduction of payment blocking for any operators other than Veikkaus, plus mandatory identification extend to all forms of gambling, not just slots which now is the case.

Across the pond, Maryland officially opened its regulated sports wagering market on 9 December, with state Governor Larry Hogan placing the first legal bet at MGM National Harbor. The time will tell if this state can surpass Connecticut, whose sports betting handle reached a staggering $54.1m in the first 20 days since opening.

After months of debating, the agreement on the legalization of sports betting in Ohio first introduced in May 2021 has finally been accepted in December. The state House and Senate have reached an agreement within the state, after a conference between both houses to approve a single sports betting bill.

The original bill had a cap of up to 20 land-based and a maximum of 20 online sports betting licenses to be issued, but thanks to the latest amendment the state is allowed to issue licenses beyond that limit if there are enough satisfactory applicants. Potential licensees can begin the application process in January, while the Ohio sports betting market should launch in April 2022.