The popular iGaming provider Thunderkick has released Gods of Rock, a slot packed with exciting bonus features and impressive visuals. Spin the reels and enjoy the best intergalactic music show!

Played on the 6×4 grid and 466 paylines, Gods of Rock is a perfect choice for those players who are looking for thrilling gaming sessions. Highly volatile and with an RTP of 96,05%, the game is available across all devices and to both low and high rollers. And with the winning potential of 20,000x the stake, it presents players with an opportunity to win some astronomical prizes. 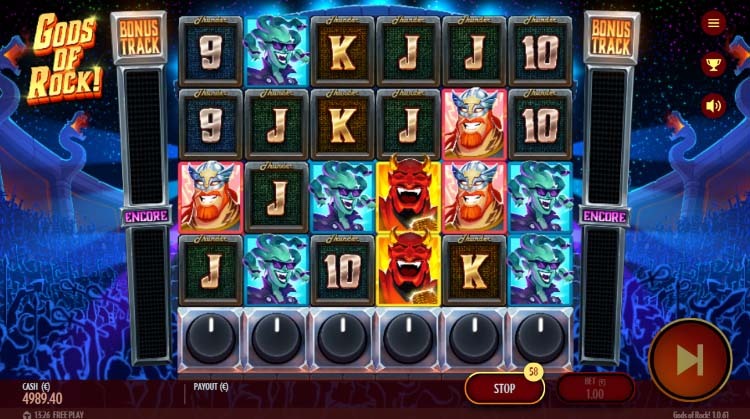 Thunderkick didn’t disappoint in terms of visuals and audio effects. Players get to experience amazing graphics and a true rock and roll soundtrack while spinning the reels. On both sides of the grid are Wild Encore and Bonus meter which gets filled with every winning combo. The fact that the release features Cascading mechanics means that these meters can get filled pretty quickly. Also, at the bottom of every reel is a progressive win multiplier that rises every time a Charged Wild lands on a respective reel.

Charged Wild has a very important role in this slot. It substitutes for regular symbols, increases the multiplier by +1, and then explodes and removes the surrounding symbols, allowing the new ones to drop on the grid. 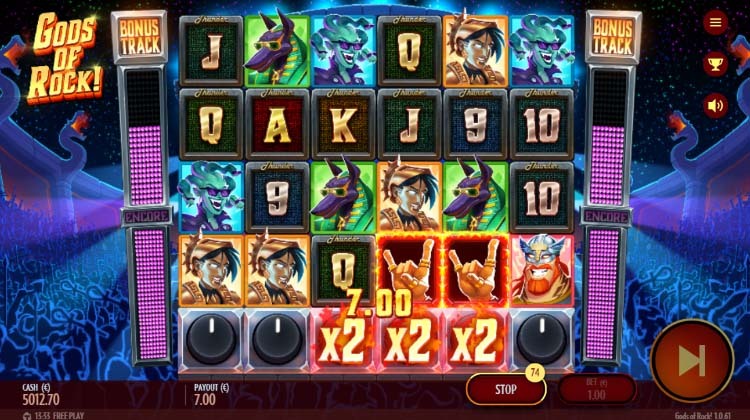 As already mentioned, winning combos are filling the meters, triggering some amazing features. The first one to get triggered is Encore Wild that randomly releases between 1 and 3 Charged Wilds on the reels when you collect 30 winning symbols. And in the case you collect 55 winning symbols, the bonus round of 8 Free Spins gets activated. Multipliers are carried over from the base game and they do not reset between spins. 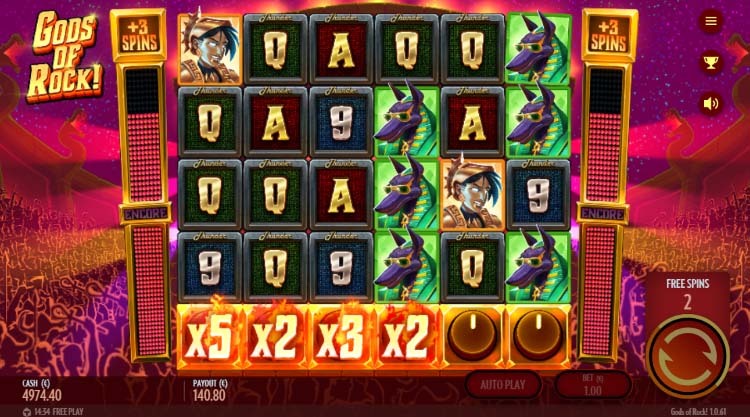 Overall, Thunderkick managed to create a great video slot that brings players some of the most popular bonus features available on the iGaming scene today. From Charged Wilds to Encore Wild feature to Free Spins, this game provides a true rock and roll gaming experience to players who decide to spin these reels.