The Wild Days of ‘Rat Pack’ in Las Vegas

The history of the Rat Pack is a story of young and talented bad boys that turned from misfits into national icons. Frank Sinatra, Dean Martin, Peter Lawford, Joey Bishop, and Sammy Davis Jr. formed the infamous group and transformed Las Vegas into a pop-cultural phenomenon that we all know today.

The Origins Of The Rat Pack

The crew was an informal group originally founded by Humphrey Bogart and essentially nick-named by his wife when the group once returned home drunk after a long night in Las Vegas. “You look like a goddamn rat pack,” she said – and the nickname stuck. 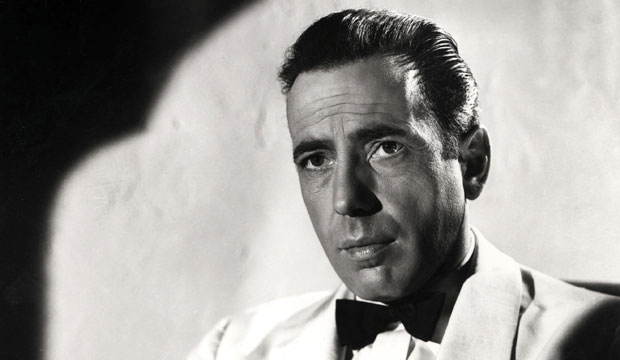 Eventually, after Bogart’s passing, Sinatra became the leader of the unofficial group and formed the fabled crew we know today that went on to dominate the entertainment industry for close to a decade.

The group of actors were an adult sensation and pretty much the symbol of masculinity and style in the 1960s. They had everything an average man could want, money, beautiful women, swagger, style, and even the actual Las Vegas mafia and casinos behind them.

Las Vegas became an extremely popular tourist spot thanks to a string of successful movies filmed by the members of the Rat Pack. During their golden era, their biggest hits were Ocean’s 11 and Robin and the 7 Hoods, films featuring all the members and romanticizing Las Vegas and its lifestyle.

The carefree culture of the famed town in Nevada brought in countless visitors from across the country and many times with the sole purpose of seeing the Rat Pack perform live on stage in action. Masses of people were flocking just to get a glimpse of their shows. Tickets and hotel rooms were sold out for almost every gig and people would resort to sleeping outside in their cars just to be the next one in line. You can still find videos today of female fans swooning and fainting in the presence of Sinatra and the boys.

The A-list celebrity group was so enormously famous and influential that even the 35th president John F. Kennedy was a frequent guest of many of their parties. Other legendary celebrities fiddled and hung out with the group at the Copa Room in Sands Hotel where the Rat Pack was regularly performing. Names like Marilyn Monroe or Shirley MacLaine were seen on and off stage with the crew all the time.

The gang was really a group of pioneers that didn’t follow the rules, both in good and bad ways. All 5 members of the group never even finished high school and thus broke the public conventional ways of finding success. 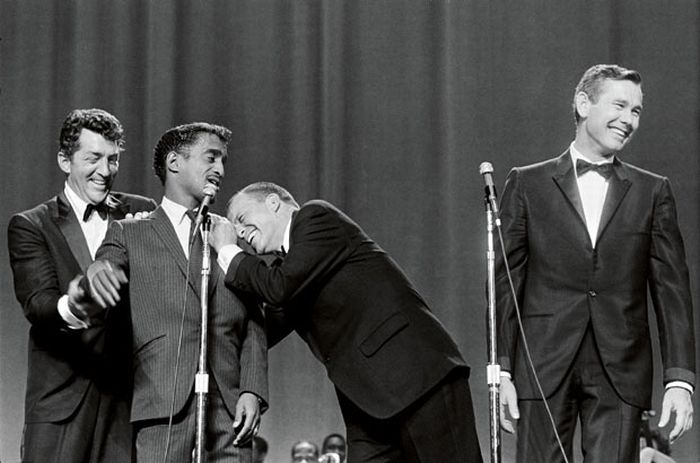 The whole group itself also broke the racial barrier. The team featured Sammy Davis Jr. who was an African American and a performer within a time period where racism was rampant. For example, native Americans weren’t allowed to be served drinks in actual glasses in casinos and bars but instead in old coffee cups.

While all the credit of course goes to Davis for bravely enduring all these struggles, Frank Sinatra has to be acknowledged as a leader since he himself sought out Davis and even refused to perform a show at venues that mistreated Davis in any way.

Las Vegas is nicknamed Sin City for a reason. This is because organized crime syndicates were originally behind the city’s success. Back in the day, gambling was illegal in most American states and illegal casino rings made mobsters loads of cash. One of the coolest but also worst facts about the group was their ties with these actual gangsters. This is where their infamy comes from as Frank Sinatra’s well-known connections to the mafia ultimately sparked his downfall and jeopardized his political friendship with JFK who had to cut ties with the group due to backlash.

The underground connections gave Sinatra trouble even in his personal life as his own son was even a victim of kidnapping at one point, which luckily ended well.

The Legacy Left Behind

As of today, all the members of the Rat Pack have passed away but their memory lives on. They were the first talk show entertainment event, which is a concept that is so prevalent and popular in today’s television. The legacy left by the group is still echoing through music and Hollywood since their names will forever be etched in Las Vegas’s history as legends.