The Slots category on Twitch is becoming more and more popular due to the highly entertaining playing sessions casino streamers provide to viewers on this platform. New casino games are landing on the online gambling market each day but casino streamers enjoy betting on some more than on others for reasons such as higher winning potential or more interesting bonus features.

These are the top 5 most-played casino games on the streaming platform Twitch during September 2021 as reported by casinolytics.com:

The top-ranked game Mental, developed by NoLimit City studio, was released on August 31, 2021. The famous provider, known for its fresh and innovative approach to games, has powered these reels with a stunning winning potential of 66,666x the stake, 3 types of Free Spins, state-of-the-art graphics, and overall dynamic gameplay. 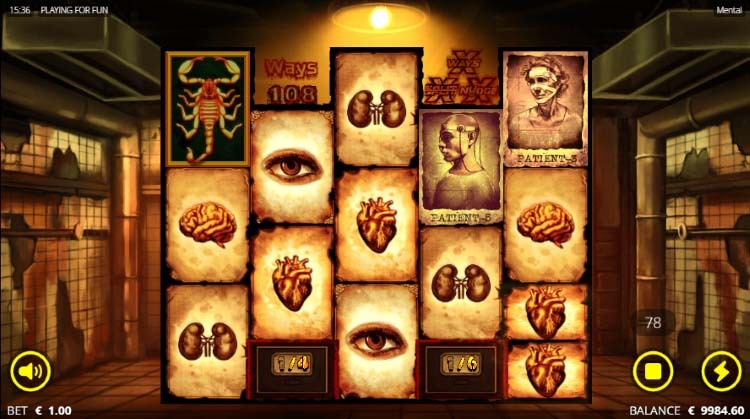 Pragmatic Play has 2 representatives on this list – Gates of Olympus and Fruit Party. These video slots have been in the Most Played section of the online casinos from the moment they landed on the iGaming market. With cascading reels and outstanding multipliers during both base and bonus games, these releases are responsible for some of the biggest wins in the casino streaming community.

Back in August, Roshtein managed to hit breathtaking $2.5 million in one single spin on Fruit Party, which is his biggest slots win to date. Gates of Olympus was not as rewarding but Rosh did go over 1 million on this slot, winning amazing $1.4 million thanks to the 250x multiplier that landed on the grid. 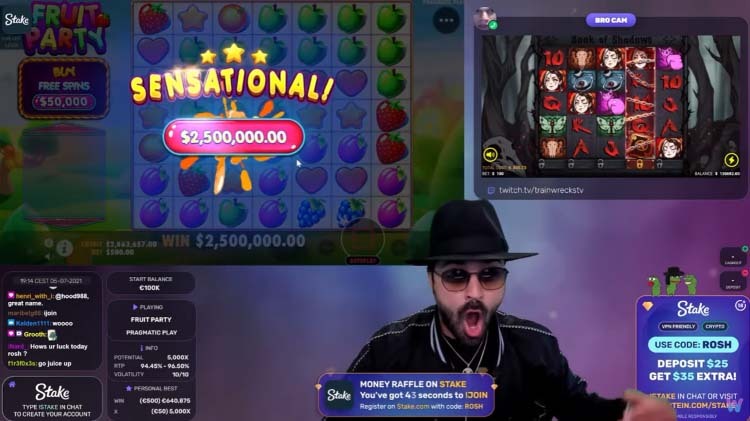 The third most played game on Twitch by casino streamers is coming from the live casino realm and it’s the legendary Crazy Time by Evolution Gaming. It took a year to develop and it’s the most expensive game Evolution ever produced but it was worth every penny.

The number 5 position on the top 5 list for September goes to Reactoonz, a masterful game created by Play’n Go studio. Released back in October 2017, this video slot is still loved and appreciated by the players worldwide. It brought unique bonus features and mechanics to the reels with cute and interesting symbols, first-rate animations, and gameplay that will keep you at the edge of the seat the whole time while you hit the Spin button.

Based on the casinolytics.com data, there were close to 1 million minutes of casino activity on Twitch during the month of September. The leading casino streamer Roshtein has been ranking among the top 10 most-watched channels on Twitch for several months now which is another sign of the growing popularity of gamba streaming.