Home News What are NFTs and How Do They Work?

What are NFTs and How Do They Work?

If you’ve been on the Internet lately, there’s a good chance you’ve heard of NFT. After all, global news coverage of artwork by Beeple being sold for $69 million or a tweet from Twitter’s CEO for under $3 million is hard to miss.

Many crypto enthusiasts are convinced NFTs will be a formidable force in the cryptocurrency world, so let’s find out what these digital assets are all about.

The acronym itself (NFT) stands for “Non-Fungible-Token”. Most types of currencies or cryptocurrencies are ‘fungible’, which means they can be replaced by something exactly alike. One bitcoin equals exactly another bitcoin, one dollar another dollar – there is no possible distinction between them.

‘Non-fungible’ implies something is unique and cannot be replaced by something else. An oil painting, for example, is non-fungible. You can buy it with money or trade it for a car, but a painting and a car are still entirely different objects.

So an NFT can represent anything digital that is not fungible: be it artworks, tweets, music… But you may wonder: can’t anything digital be replicated by simply using the Copy +Paste function on your keyboard? Well, yes, but to own an NFT is to have the proof of ownership of the original artwork, while the artwork itself can be copied just like how anyone can buy cheap posters of the Mona Lisa.

How Do NFTs Work? 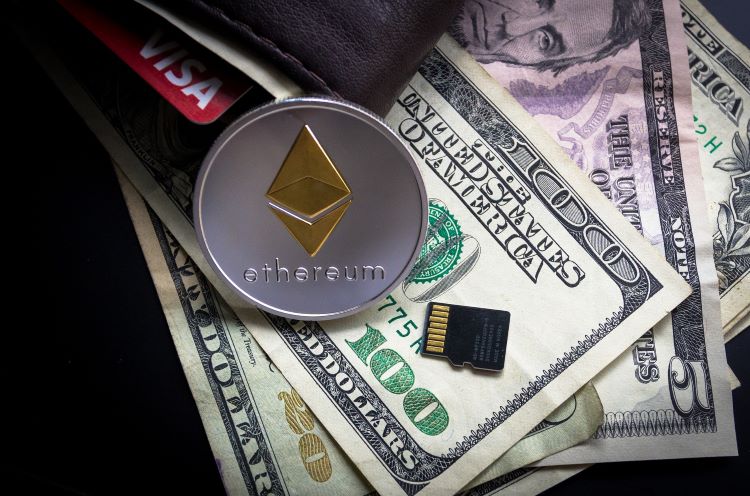 Most NFTs are part of the Ethereum blockchain, which allows NFT creators to turn the digital information of their artwork into a token stored on the blockchain. When buyers pay for an NFT, they can transfer this one-of-a-kind digital asset into their crypto wallet, thus proving that they own the original artwork. To verify the authenticity of an artwork, you have to combine the NFT creator’s public crypto key with the NFT owner’s private key.

What Does NFT Mean for Crypto Natives?

The emergence of crypto wealth, as opposed to offline wealth from traditional businesses, created a whole new class of art buyers. These buyers are considered ‘crypto natives’ and don’t have as much interest in collecting traditional forms of art of displaying wealth (eg. large homes, rare paintings of Basquiat).

Physical artwork has always enjoyed better success than digital because of how easy it is to create an exact replica of digital art. As a result, NFTs play a key role in verifying true digital ownership. On some NFT supported blockchains, there’s also a feature in NFTs which gives the digital artist a percentage every time the artwork is resold.

One of our colleagues at GamblersArea, a game developer, has started dabbling in this crypto segment, creating some fun and striking digital art.

As a buyer, NFTs let you support the artist you like while also achieving the right to post the image on your site. Besides, various NFT being bought for millions will lead to a stronger interest in digital art collecting, where people buy arts as an investment, hoping to sell it later for more money.

The potential of NFTs doesn’t stop as mere buying/selling art. There are many fascinating businesses that heavily rely on NFTs.

CryptoKitties is one of the first blockchain games. In the games, players purchase virtual kitties, breed and sell them. Every kitty is an NFT, completely unique from each other regarding their characteristics.

Blockchain games are far from child’s play – the most expensive virtual kitty ever sold is a whopping $170,000. Some games like Axie Infinity even have their own currency (SPL), which can be traded just like a cryptocurrency.

Yes, you heard it right, people are buying patches of “land” in blockchain games for shocking amounts of money. Eight lots of land in Axie Infinity were sold for $1.5 million – some of the most expensive pieces of virtual land. In Decentraland, there are even NFT casinos, museums, and other buildings.

Perhaps the most creative coding trend of 2021 in NFTs is generative art. Buyers participate in a dutch auction for a limited-issued series of NFT under a theme. Once a winning bid is placed, the NFT is randomly generated from the smart contract of the artist. Some of these have been oversubscribed to the point they sell for millions on Opensea.io within hours of being minted. The first successful generative art provider was Art Blocks in 2020. The concept is brilliant and revolutionary: to create ‘programmable on-demand generative content‘.

Check the current rankings of these market-leading projects on OpenSea. Be warned, prices are insanely volatile and put cryptocurrency prices to shame.

Virtual clothes, when purchased, can be worn by characters in games or layered in photos. This way, you can switch between dozens of outfits in an instant. In addition, Nike has held a patent to ‘CryptoKicks’, which aims to sell sneakers with an NFT that verifies the sneakers’ authenticity.

Most of the criticisms towards NFTs are in regards to the bad effect it has on the climate. A calculation of the carbon footprint in the creation of one particular NFT shows an amount of energy equal to that of an EU resident’s consumption for 2.5 days.

Many digital artists including Beeple have promised to make their next NFTs carbon neutral but cryptocurrency systems’ energy-intensive nature remains. The blockchain records every financial transaction as a proof-of-work system, and it uses up a lot of resources in doing so. For the sake of comparison, so far in 2021, the Ethereum blockchain has consumed as much electricity as New Zealand.